Like:
Home > Blogs > Ellie Penaranda > Steps To The Beach

The New Year’s Eve Fireworks at Naples Pieris a very popular eventand parking can be challenging, so go early to park in a legitimatespot and to stake out your territory on the beach. The fireworks are ignited from a barge near the Pier which means your best vantage points will be on the beach just north and south of the Pier. Lowdermilk Park is a good place to go because you are still close enough to the fireworks, there is parking if you get there early and there are bathrooms. Take your beach chairs, a snack and some beverages (no glass, please) to relax on the beach until the show starts after it gets dark. Personal use of sparklers or any fireworks are prohibited per City ordinance.

Between conversation with friends and family, people-watching, dolphins, birds and a long line of boats assembling to watch the fireworks from the water, there will be plenty to make the time go by quickly until showtime. Remember to bring a flashlight or use the application on your smartphone to make your way off of the beach. Don’t be in a hurry to leave after the show because you’ll only be waiting in traffic. Besides, up and down the beach you’ll see private homeowners along the Gulf competing for bragging rights with their own fireworks displays. This will go on for hours after the show.

If you want to continue the celebration of bringing in the New Year, then go to either Third Street South(if you hustle you might see some of the “snow” falling) or one of the restaurants on Fifth Avenue South after the fireworks display. That’s where you’ll find the action.

Thank you for providing local events happening in Naples for New Years Eve!

What a  great way to celebrate the new year with fireworks.  THanks form sharing

Thanks Lise, it is our biggest gathering of the year.  Happy New Year!

There are so many places to go to.  Finding the best is not easy and finding a great vantage point is harder yet.

William, this is an annual thing for us to do, gather with friends and family at the beach.  Hopefully the weather will hold. 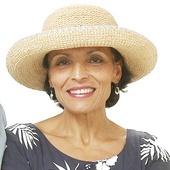