For the vast majority of taxpayers, there is not much need to worry that you will be audited. In 2016, only 0.6% of individual income tax returns were audited according to the IRS 2017 Data Book. Why? For starters, the IRS budget has been cut resulting in more than 2,200 fewer agents available to audit returns. However, the “real” audit rate is closer to 7.o% as the IRS does not include the over 9.2 million notices that are questioning items on your client’s tax returns such as forgetting to include  a 1099-Misc form.  The IRS is relying more and more on technology  to uncover underreporting and underpayment of taxes. Also, certain taxpayer groups are more susceptible to catching the attention of auditors.

If you’re in New Orleans, Louisiana and in the middle of an audit or owe back taxes, contact us to schedule a free tax debt strategy session. 1-800-433-0986 24-Hours  www.taxcrisisrescue.com

Sixteen percent of individuals who reported over $10 million in income were audited in 2014. Surprisingly, those returns that reported no income were audited at a higher rate than the average person. In 2014, 5.3% of tax returns with no income reported were audited. If your income is $25,000 - $200,000, you're highly unlikely to be singled out for an audit.

The IRS is focusing more attention on international returns. Statements made by experts in the field, strongly emphasized the practice of offshore tax evasion as being fundamentally unfair. Wealthy people evading the law by stashing their money overseas and not paying their share of tax is forcing the bulk of lower income citizens to foot the bill to fund the government. In 2014 only 4.8% of the international returns were audited.

Simple careless mistakes in filling out income tax forms are made which send up red flags to the tax auditors. Filers neglect to get all report forms and statements together and forget to report dependents and exemptions correctly. The automated systems recognize these discrepancies, but can't tell if they are actual mistakes or intentional. Neglecting to report all your income and other figures could result in an audit especially at higher incomes. Those who contribute to more charities and other organizations open up the possibility for fraud.

Reports of itemized deductions that is unrealistic

If an individual or small business claims itemized deductions that are clearly out of line, they could be signaled out for an audit. Filers need to know what a legitimate deduction entails.

Carefully reading directions for completing forms and checking for accuracy and honesty will reduce the chances of an audit. Hiring a tax professional, specifically someone with tax resolution experience like our firm, can help you stay out of tax trouble.

If you need an expert tax resolution professional in New Orleans, Louisiana who knows how to navigate the IRS maze, reach out to our firm and we’ll schedule a no-obligation confidential consultation to explain your options to permanently resolve your tax problem.  1-800-433-0986 24-Hours  www.taxcrisisrescue.com

Not sure how motivated people are, who are not getting paid? I just hire someone, who follows the rules, so my chances should be pretty low. 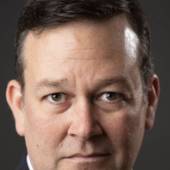