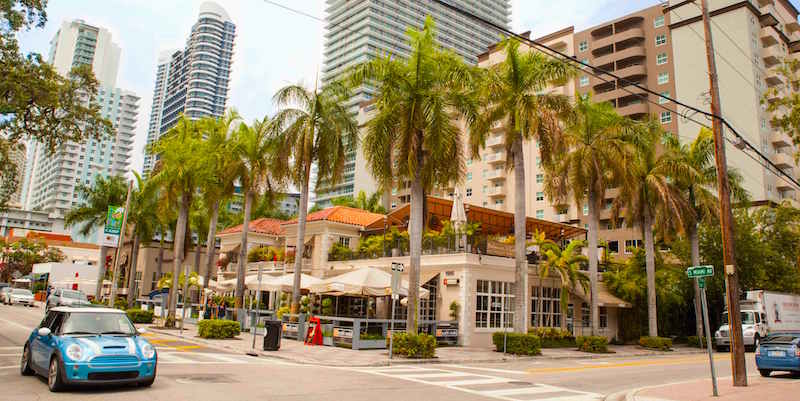 It is always fascinating how neighborhoods got their names, and that they keep them for such a long time, even though times and neighborhoods change. Below is a scoop on a couple Miami Neighborhoods.

Brickell had the first trading post in the Miami area back in the late 1800s and Brickell Avenue eventually became known as Millionaire’s Row. Now, Brickell is the lifeblood of the Financial Industry, attracting international banking firms and other companies involved in international trade from all over the world. Most recently, new residential projects are bringing much more needed density to the neighborhood, including SLS Lux, Una Residences and Brickell Flatiron. This will solidify Brickell’s position as Miami’s Millionaire’s Row, as well as an international finance and trading hub.

The Miami Design District was formed in the 1920 as a home and design center, which continued through the 70s when it descended into disrepair. Interest in the area renewed at the turn of the millennia. Now, the Design District has turned full circle. However, not only has it become a center for furniture and fixture showrooms, art galleries, and restaurants, but also a huge luxury retail sector, including designer brands like Louis Vuitton, Christian Louboutin, Hermes, Cartier and Dior.

Wynwood was renamed from its original Wyndwood Park in the early 1900s. The area was home to factories, a fashion district and now it is an arts district. Wynwood is synonymous with art, having the largest concentration of graffiti anywhere in the US. The Wynwood scene attracts Miami’s hipsters, so it has the cache of New York’s Williamsburg or Lower East Side. Accordingly, area is ripe for much more development, given its central location and bohemian vibe.

The Omni neighborhood got its name from the Omni International Mall that opened in the 70s. With the mall long closed, the area is now experiencing a revival of sorts. Omni is now home to the new Adrienne Arsht Center for the Performing Arts. It is also the site of the former Miami Herald site, which may become Miami’s first casino if developer Ghenting has anyting to do with it. With its location on Biscayne Bay, Omni is ripe for a lot of future residential development, including new projects such as Elysee Miami and a few blocks North, in Edgewater, the stunning Missoni Baia.

Love the concept of this post and the information you've given. Interesting view of the area via your descriptions.

Tnanks for stopping by Monica! Have an amazing weekend...;) Ricardo