California wildlife needs your help! We, RATS, Poison Free Malibu, and allied organizations have just had a huge breakthrough. The California Department of Pesticide Regulation (DPR) has recognized that current regulations restricting dangerous second-generation anticoagulant rodenticides (SGARs) have failed. These are the poisons that are most to blame for sickening and killing our wildlife including owls, hawks, bobcats, coyotes, foxes, mountain lions, and others.

Although the DPR had already banned SGARs for use by consumers in 2014, a giant loophole allowed the pest control companies to continue using them widely. Consequently, data collected since 2014 shows no evidence for a decrease in wildlife poisoning. Due to our lobbying efforts, the DPR has just issued a Notice of Proposed Decision to Begin Reevaluation of Second Generation Anticoagulant Rodenticides (click to read). This is the procedure that is followed for new regulations.

We are still promoting that the reevaluation should include first generation anticoagulant rodenticides (FGARs) also. Although less potent, there is much more of them in use. Recent studies have shown that FGARs are also widespread in wildlife, including bobcats and mountain lions.

We are especially asking ORGANIZATIONS to send a short email to Rodenticide.Comments@cdpr.ca.gov expressing support and urging the DPR to follow through to remove all second-generation anticoagulants from use in California. A sample email is below.

Please also send a copy to raptorsarethesolution@gmail.com. We would like to track the number of comments submitted.

We are pleased that the California Department of Pesticide Regulation (DPR) has recognized the need to reevaluate second-generation anticoagulant rodent poisons (SGARs). You have stated that “the Director finds that a significant adverse impact has occurred or is likely to occur from the use of SGARs and proposes to begin reevaluation.”

The 2014 DPR ban only on consumer use was inadequate. There is no evidence that the rate of non-target wildlife exposure to anticoagulants has decreased since then. As several organizations predicted during the public input period in 2014, a consumer ban alone was going to be insufficient. The assumption that the continued allowed use of SGARs by pest control service companies would not injure wildlife was flawed. The proliferation of poison bait boxes containing SGARs put out by the companies is widespread and a huge contributor to the massive amount of rodenticides in the ecosystem. Please ensure that new regulations address this loophole.

In addition, first-generation anticoagulants (FGARs) should be included in the reevaluation. Although less potent, there is much more of the FGARs in use. Recent studies have shown that FGARs are also widespread in wildlife, including bobcats and mountain lions. The DPR reevaluation should require that the huge amount of FGARs in the environment, and the effects of exposure to multiple types of anticoagulants simultaneously, should be considered and restricted.

I am urging the CA government to continue its progressive position on environmental hazards like rodenticide.  Our ecosystems are so fragile and even more so with the effects of climate change and the elimination of wildlife corridors through expanding urban development.  The bioaccumulation of rodenticides in the food chain is measurable and is having a severe impact here in the Santa Monica mountains and surrounding areas.  There is no good reason why we continue to sell these harmful poisons – especially when there are other measures that can be taken that are better for the enivornment and for our precious wildlife.  I am hoping to see our government step up its education efforts coupled with aggressive policies against the use of these poisons.  Let’s continue to take the lead as we have done on so many environmental issues in the past and eliminate these toxins so we can continue to enjoy the health and diversity of our local ecosystems. 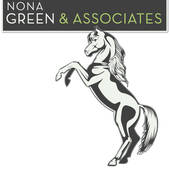 Real Estate Sales and Marketing almost 2 years ago
bookmark_borderbookmark
Timing is Everything - Whether to Sell in the Age ...
View more Recent Posts   arrow_forwards