In what months do homes sell the fastest in Fairfax County Virginia?

If you look at the interactive chart below...April...has the shortest # of days on market in Fairfax County for the past 5 years. However, that is the month that the house actually SOLD...the seller received the money from the buyers and gave them the keys.

THAT means that those houses were listed 30-60 days earlier...in February and March! That seems counter intuitive doesn't it?

That means that the earlier you can get your house on the market in Spring...the easier and faster it will sell. You can see further evidence of this below in the average "# of days it takes from contract to settlement"" by month.

The reason is that folks come to the Washington DC suburbs every month of the year due to transfers and voluntary re-locations. However there is slightly less competition for sellers from other listings in early spring, than there is in May-July. The chart below shows the number of active listings by month for the last 5 years. These charts are interactive so you can scroll over the chart bars and see the actual #s.

-These #s hold true for all Northern Virginia counties with little variation.

-Whether you plan to buy or sell....It is never too early to plan and prepare.

-Drop us a line we are happy to chat ...no obligation.

Many more sales and listings in 2019!

Thanks Evelina, it is so much easier to see trends visually than explain the verbally no? :-)

Thanks for sharing the information on this community, I hope you have the opportunity to sell many of these homes.

Thanks Richard I hope you have a great 2019 as well.

This is great information and proof of the best months to list your home, Steve. Without pulling it right this second, I am confident our data is very similar, if not the same.

Thanks Deb. Most sellers in our area have late April and May in their minds as the best timeframe. The stats show otherwise and have helped us convince them. Most folks take longer to get ready than they think so if they shoot for March, they can still hit late April...maybe :-) 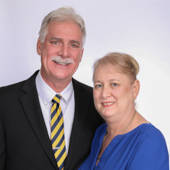 Find out what homes are for sale in Northern Virginia, what the real estate market is like and discover more about neighborhoods in Fairfax and Loudoun Counties.