Back in the old days, before McMansions, the first home young people could afford was pretty much just a little shack.  Sometimes, they were barely, just barely, livable, but the banks didn't care.  Banks were local and small and they knew that you had family with hammers, nails, and saws who would show up to help make your shack sweeeet and very comfortable.

The shack was so cheap, you could afford to buy furniture and, if you were lucky, you even had enough left over to have a date night once in a while.  A really nice one might have had 2 bedrooms, 1 bath, maybe an unfinished basement and a front porch with a swing.  Yards with sheds were common, fences were not.

My first shack had a coal burning stove.  I am not sure why I'm still living, but we were too stupid to know that that kind of heat might not have been the healthiest way to go.  But, it kept us warm and, believe me, we needed all the help we could get.  You could see through the walls.  If it snowed during the night , we would wake up to the comforter covered with an inch or so, so I guess you could see through the roof, too.

We had running water in the summer, not so much in the winter.

Our only pet was a rat that lived in the lower drawer of the cook stove.  He and I learned to get along as long as he didn't chew on my pastry brush if I left it out.  No kind of trap could kill my fluffy fat rat.  But, alas, he finally bit the dust when I plopped my butt down on the old couch where he had gone to vacation and I decapitated him by smushing the springs around his neck.  That was that for the rat...and the couch.

Oh, how I loved my little shack perched atop the Blue Ridge Mountains.  Sitting in my little handmade outhouse with the bay window we marveled at the beauty of 7 different mountain ranges as we did our business.

I remember my mother crying when I called to tell her about my little shack.

She sobbed "But, your father and I worked so hard so you would have it better than we did!!"

My son bought his own little shack 10 years ago.  It cost 20 times what my first shack cost.....but, then again, he has a toilet and running water. 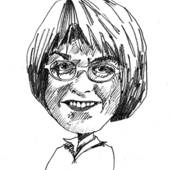