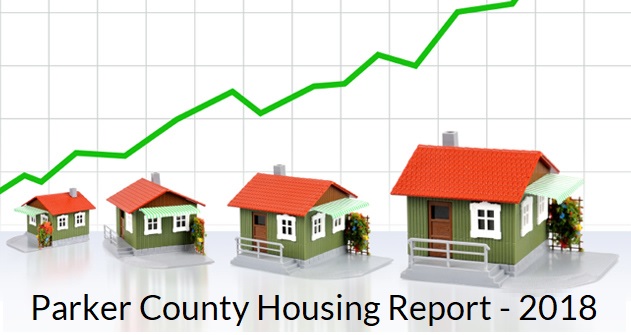 Weatherford, TX. Recent national news headlines have been bemoaning that the U.S. housing market is, has already, or is about to come crashing down around our ears. While this may be true in some areas, things that are happening in California, New York, and other newsworthy U. S. locations, do not always translate to North Texas and more specifically to Parker County, Texas.

For the past several years now, the DFW metro area has experienced between 10,000 to 12,000 people per month moving into the area. This migration has not only created more congestion on the roadways, but also lower inventories in the real estate market, and ultimately higher home prices. It has also spurred many people to move into the counties surrounding the metroplex where there is more space, less traffic congestion, good schools, and lower home prices.

During this time, Parker County has experienced unprecedented growth in population, the number of annual home sales, and ultimately higher home prices. The table below shows Parker County’s real estate market performance over the past 10 years. The typical Parker County home owner has watched their property value increase an average of 7.09% per year since 2010.  A well-maintained home valued at $150,000 in 2010 could bring as much as $255,000 in Parker County’s current market.  The number of homes sold annually has more than doubled in the past 10 years.

Some readers might view the table above and conclude that the drop in 2018’s performance numbers indicate the potential bursting of a real estate bubble in Parker County and Texas in general.  I don’t agree with this view.  In 2018, Parker County still produced a 3.5% increase in the number of residential units sold and a higher than average 7.93% increase in home prices.

The drop in the growth percentage from 2017 to 2018 can be explained.  The answer is more apparent when you break both years into their monthly sales numbers and compare them side by side. The new year started off on a negative note with a loss of 11.11% over the previous year. January’s losses have been attributed to a lack of housing inventory. Existing home owners were waiting to put their homes on the market and new home builders were selling their homes faster than they could build them. After that slow start, the local market returned very robust numbers through August, more than making up for January’s setback.

As summer ended and schools opened their doors, the market took its customary sales break. This year, however, the political climate of the mid-term elections created another obstacle for the entire market. Political uncertainty seemed to hold potential buyers in check and resulted in the fewer closings. Home showings became almost non-existent for most Parker County Realtors® during this time. Within a week or so after the election, potential buyers resumed their house hunting and the number of home showings returned to normal levels for this time of the year. It was, however, too little, too late as the political climate and buyer indecisiveness had made its mark on the real estate market for 2018. This setback interrupted what could have been another very strong year of growth for Parker County home owners.

While no one can predict what the future will bring for Parker County’s local real estate market, but those who are close to the industry can make some highly educated guesses. The previous shutdown of the Federal Government and the threat of another closure in the next few weeks may begin to have a ripple effect on the housing market for 2019. Many housing market services provided by governmental agencies are not available during the shutdowns. This may result in a temporary slow down for the beginning of 2019, but few believe it will have a significant long-term impact if the shutdown situation is resolved soon.

Most believe that if the Texas economy continues its robust presence, and the jobs market is steady, then North Texas will remain a popular destination of people moving from other areas of the U.S. While we may not see the insane growth experienced over the last four years, the local real estate market in Parker County should fare well for the foreseeable future.

About the Author.  Randell Brooks is a published author, educator, Realtor® and Advisor with Southwest Realty Advisors, LLC.  He has been in the industry since 2010 and through the years has served hundreds of people in the North Texas area.  Mr. Brooks prefers to focus his time and energy on his clients that have come to know and trust him, providing each with an unparalleled level of results-oriented service.  If you are interested in buying, selling, or just have a real estate question, please contact him at the phone number or email address below.

Nice job on your market reporting for Parker County Texas real estate.  Nice to see you blogging here in ActiveRain.

Randell Brooks welcome to ActiveRain and congratulations on posting your first blog successfully on this site.

Welcome to ActiveRain and congrats on your first blog post, good job! 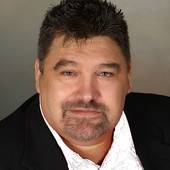