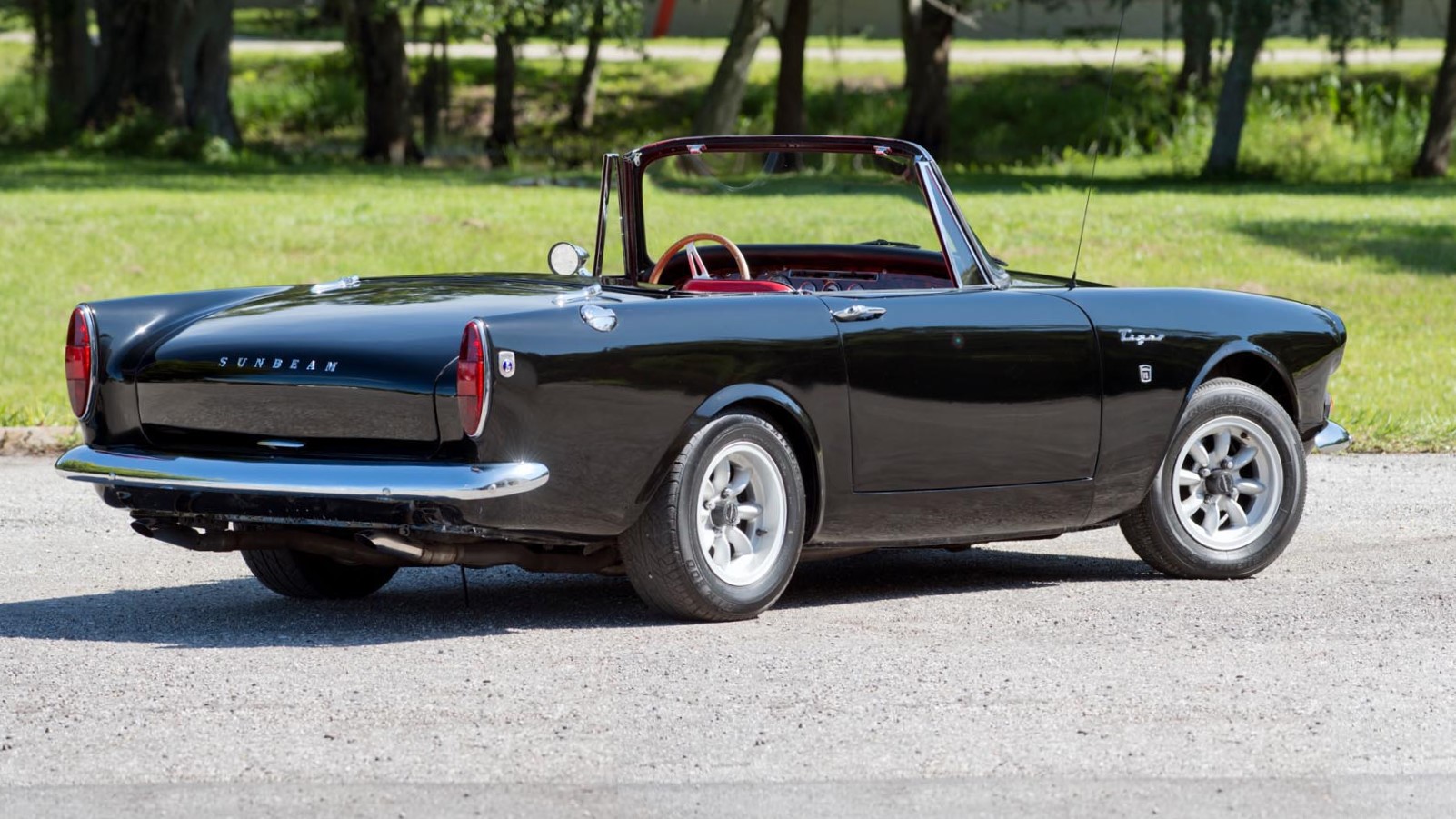 Most of my life has evolved around real estate and it's been wonderful a majority of the time. When you're 11 or 12 and your whole family is licensed with Grand pop and your Mom being brokers, Dad and your brother being associates keeps you in the loop at mealtime trying to figure out how this business operates. You hear things you may know and if an answer is not at hand you might even be asked a question or two. A perspective through the mind and eyes of a child could deliver an answer you seek. I know that on more than one occasion I offered that perspective and it was correct. The difficulty was getting anyone to admit that your reasoning was sound and successful. One thing was certain, a son or daughter in any real estate family is going to have an interesting schedule and a lot of entertainment especially during their high school years. Rarely do you sit at the dinner table and chat like most friends and their families did. Your mission was to meet at XYZ Rrestaurant at 9pm or later and be able to return to the office for an 11 o'clock client meeting.  I could never understand why my dates did not grasp the situation. Insert sarc mark here!

The calls came in fast and furious at times. We had three offices back then and all phone exchanges were interconnected even at home too. In those days we were never allowed to let the phone ring more than 3 times, licensed, or not you take the call and write or relay the message ASAP. No computers, no smart phones not a digital piece of anything at our disposal. If you had to, you got in the damn car and drove to deliver the message. You knew you had arrived when you were issued those barrel type security keys to access the keyboxes on local listings. Impressive little things. Lose one and you would have to pay the Board $50.00 for a replacement. A fifty dollar deposit was required also. You can rest assured they weren't gonna be left hanging. Much like today!

My Grandfather's business was much more laid back. His home was also his office, distinct and separate from the home albeit attached via a common hallway and basement. He liked gadgets and had an answering machine screen his calls. His field of choice became property management. A logical choice since he had decades of building and selling duplexes, quads and small apartment buildings under his belt. He managed nearly 3,000 doors. He laughed at himself for working in the office in his underwear. I laughed too, I got it, not too many others understood. That's a luxury you earn when you've been in the business 50+ years. His cameras of choice were a state of the art Polaroid and a split frame 35mm. If you walked into his office everything was in complete order and organized. I have to mostly credit his bookkeeper for that, her name is Grandma. My love of fast cars began with hers, a '65 Sunbeam Tiger, black with red leather interior. If you've never heard dual downdraft Weber carburetors sing you're missing out. It was Bad Ass (my term)!  He, Grand pop, loved his Cadillac, a triple black, Big Ass (his term) Coupe deville.

The parental units had their own filing system. My Dad would usually watch in wonder because organization was NOT the case in my Mom's office. You could see memos and notes written on just about anything from napkins, menus, shreds of newspaper, paper towel rolls even tongue depressors and Popsicle sticks strewn about nearly everywhere. What a sight, especially when she had to empty her purse to find that one scrap of paper, however, somehow and some way she could almost always find what she needed relatively quickly.

When Federal Express came along and not yet called FedEx she was hooked. The U.S. Postal Service instantly became passe' and nearly everything went out the door via FedEx. Letters were $9.99 overnight if memory serves me well. It did not matter if the information was heading across States or a couple of streets away the convenience of the pickup drew her in. Budget minded she was not, although, her tenacity in business compensated for the many extra dollars spent. Work hard & play hard was her theme although her idea of play was often lacking. In those days I worked with them for about 8 or 10 years before going our separate ways. As it always is in real estate the departure was swift with a simple Sayonara you all.

There were no perks, no fantastic commission split, no bonuses, it was work 7 days a week with open houses every Sunday plus Saturday, Thursday evening and most holidays all too frequently. Did I learn a lot? You bet! And got away as soon as I could. My brother had departed for the Sunshine State long before I did and I finally found out why. When your Mom doesn't pay a commission you fully earned it hurts and there are consequences. He expressed his well. Yes, she felt my consequences a few years later for doing the same thing to me. We did not speak for two years and I was not about to hang my license with her again.

My friends say things like Family First and similar phrases

while all I ever heard was Real Estate First. This continues

to be true for her and it's sad for the Grand kids also, Too sad!

Real Estate's great though, but Never

the End-All-Be-All, gotta Love it!

Sounds like some pretty intense training from a young age, I would certainly be confident in your abilities!

I learned quickly that it's no run of the mill type of work. The constant changes and nuances gave it the nickname we like to call Frisky Business!

Hi Kevin- I'll bet that many growing up in a family business had a similar experience. You had the benefit from learning first hand  but you were able to take the best and toss what didn't work for you!!!

I'm not so much a fan of change although I do reach my limits on occasion.

I may be the bulb today but you have always been the light here Kathy. Can never thank you enough for all of the support you have given me and so many others.

What a story, Kevin! No doubt a fascinating way to be raised... and it could have resulted in one of two directions for you... to become a real estate agent, yourself, or to run away from the business as fast as possible!

I have a T-shirt with the message "I've Seen Normal It Ain't Pretty" which sums it all up nicely.

Hi Kevin - your insight into this profession is truly hands on but I can't stop thinking about that Sunbeam Tiger.

I can't stop thinking about it either. My Uncle had a couple of Triumph roadsters and the Tiger put them to shame although his TR3 was a lot of fun.

That sounds like a very energetic and interesting childhood, but the end of your post was sad. Family is so much more important than any career, regardless of what it is.

My goal was to open other's eyes about balancing business & family Kat. I'll forgo business whenever family events are happening. They'll always be #1 with me.

I have no complaints, their extra efforts afforded me opportunities which I never would have had otherwise.

Hi Kevin,
Wow... thanks for sharing your history in real estate.  There is a HUGE lesson to be learned here.  One must find a balance between work and family time!

We can pick our friends but we can't pick our family certaimly applies here.

Oh man, this is a heartbreaker. Reminds me of the Eagles song, You can spend all your time making money, you can spend all your love making time. As they say, nobody spends their final minutes of this life wishing they'd worked more.  Some parents teach us how "NOT' to be in life.

Debb, ypu packed my thought perfectly into a nutshell. Great song too, that's my era!

I can see why Kathy chose to highlight your post...well deserved!

Kristin, it's almost always a surprise to me but I'll take it any time I can. She's a saint!

Kevin J. May I suspect many family businesses have similar stories, but so sad that the family wasn't first and foremost.  Thank you for sharing this with us!

I'm so glad that Kathy Streib featured your post in her "Ah-Ha" moments for the week. What life lessons your learned. early on..its always wise to learn a good its important to have a good work/life balance. When your time has come..no ones going to asking how many deals you closed!

Dorie, between AR and Kathy Streib this post became a double feature to my surprise. That being said I still have to scratch my head sometimes. After reaching the average age for real estate agents not quite a decade ago the the business continues to always be my Ah-Ha moment,

Groomed from a young age...not a bad thing. I guess there was no question as to what your future would be.

Independence and flexibility suited me well. It still does Sharon.

That's quite a story, and a ton of lessons.  Guess you learned whether you wanted to or not!

What I wasn't taught about in the "family" business was commission splits. That chapter mysteriously was skipped over!

You had me with the first photo, Kevin J. May. Back in college, I had a '64 Sunbeam Tiger. British Racing Green and a removable hardtop. It had a 260 V8. You had to crawl under the dash and reach through openings in the fire wall to change the rear plugs. Great memories!

Yes, real estate is consuming. I don't lose sight of other important things in my live.

The dual carbs in that Tiger's 260, made the one in my Mom's Mustang seem like a toy. Amazing to go from prototype to production in about a year. Many thanks to Ford and Carrol Shelby of course! Did you have the minilite wheels on yours?

Great story from Grandpa, to Dad to your career.  Life is more important but real estate pays the bills!

And know that everyone needs real estate to some degree Jan!

I got my training in the family as well, just not my own blood related family members. I made the choice to put my real estate business first, but it wasn't forced on me. If it had been, I might have made different choices.

Sounds like you did the right thing cutting yourself loose.

Nothing wrong with family Elizabeth except sometimes with how I wanted to progress. Being stifled there did not mesh well with my systems. I know I made the right move. Thank You!