Yep, after 28+ years another new first. (this was undeveloped land in Central CA near the gold discovery area) 1.  Safety, treat every firearm, weapon or bomb as live, loaded and dangerous.

3.  Take photos of High Quality from a safe distance, inform the owners of the next step.

4. Contact the proper authorities, they'll know what to do.

5.  Plug your ears, then write a blog about it, oh and respond to all the outlandish scenarios on Facebook as to what caused that loud boom.

Back story, while have land cleared so we could find the well head and proceed with the testing and only remaining contingency prior to closing escrow; the landscaper found a bomb, a very large mortar round 14" x 4".  He neglected to mention this to me.  Next day while exploring, I come across the round which they had moved to the side of the access road.

I took pictures, surely it was some kind of survey monument, surveyor says no - looks like a bomb.  I sent pictures to a firearms specialist, they said military ordinance.   So I called the Sheriff and asked if we had a bomb squad (small rural community) We did, but the dispatcher didn't want to forward my call.  Said I should take "ammo" to a gun store since they don't deal with it.  I insisted that bomb squad call me back.  He did 2 hours later, but after I texted the picture, called back in 5 seconds.  He sent a deputy to verify then he came up and said it was too big for him to handle and sent pictures to the military "bomb squad".  They identified it (a WWI Mortar more than 100 years old) and based on the markings, said back away, it is a live round!  2 Hours later after they determined it was unsafe to move it (remember live round) they asked to detonate it on site.  They required us to move away 1/4 of a mile, but when the blast went off, I thought it could have been better to have been farther!  It was louder than a sonic boom or any firearm or even tanerite I had every heard and it lit up inquiries on Facebook.

6.  Lastly, CA is a full disclosure state, so we had to inform the buyer.  Her concerns about how it got there and if it was the only one......I referred her to the local historical society to see if there had ever been military exerises or a firing range.

We are in an interesting business, every day we are presented with new things to learn and new challenges to overcome.  Stay safe out there!

Wow!  This is one for the record books.  Good for you for being diligent and safe.  I can't imagine handling it any other way.  Great job!

Hello Cathy - a first indeed! You handled the situation well and in a professional manner. Good job!

Wow, what a story! I'm glad you found this before the new buyer did!

Me too, and before the landscape helper had any more time to play around with it!  It could have gone horribly wrong.

Good morning Cathy. You certainly can not make this stuff up. Wow......

Hi Cathy,
Wow.  If there was ever a story for  "Craziest (and scariest) experiences in real estate" this would qualify.  Curious to know... is the buyers still proceeding to closing?

They are still in the process of doing their due diligence on the matter.  They've expressed concern but not discussed cancellation at this point.  We are hearty pioneer souls in this area.  (49er Gold Rush...)

Glad you erred on the side of caution and did your due diligence to get this taken care of...scary.  Man, it could have had a very different outcome. I'm assuming the buyer will still proceed? The problem has been taken care of - thanks to you. D

They are still deciding, but this lot's location adjoins and connects two other parcels they have, so it makes sense.  It also has beautiful views of the snow covered Sierra Nevada mountains, especially with the fresh snow this weekend.

I can see why Kathy chose to highlight your post...well deserved!

All is well that ends well.  I am glad that the authorities finally responded to your requests.  Yes, we disclose everything in California, and thank you for this interesting story.  Wisihing you continued success and no bombs.  A

Yeah, I think one bomb per life time is my limit.  Although it was interesting to see how the pros handled this.  They were very knowledgeable and demonstrated nerves of steel and confidence in their skills.  I have overwhelming appreciation for their commitment to keeping people safe.  I hope to attain that mastery in my career.

Hi Cathy - that certainly must be a first.  You did everything right here.

Sounds like to dispatcher better be looking for a new job.

Wow, that's quite a story! Glad it all worked out and the authorities were finally helpful!

Yikes! I'm so glad Kathy Streib featured your post in her "Ah-Ha" moments for the week. You were very resourceful in figuring out how to address this problem. Isn't it amazing the solutions we are called upon to find to navigate issues that arise in the sale of a home?

We are in a diverse business!  You never know what skills will be called upon on any given day.

Wow...never even considered anything like this before. Not sure as a buyer I would feel comfortable with the property after that...fearing there could be more. Of course, you never know with any property so this really shouldn't make a difference.

You are more likely to be struck by lightning twice.  There are very few of these artifacts left.  No others were found with it (like a box of them disposed of).  If it had not already been fired and the primer activated, it wouldn't have posed a risk.  Just like a bullet doesn't shoot by itself.  The area has no history of military action and the buyer owns 2 other parcels in the vicinity which this one will link together.  So there is just as much risk that her parcels also have issues and she and her family has owned them for years.  Maybe they put them there?

What a story! If that thing could talk – yeah, I know, it exploded rather loudly – it would probably be able to tell a fascinating story.

Wow!  This is certainly an interesting story to share.

Whoa that is scary - lucky that it didn't explode when the survyeor moved it - or when others may have run over it or touched it! Yikes!

Cathy, thank you for sharing and bringing awareness to us.

We never know what will be found on a property. You showed us that is best practice to be cautious and let the professionals handle the situation.

The guy that found it and moved it could have ended up in the next county.

This should be a word to the wise.

Decades ago I dated the head of the bomb squad for the city of Milwaukee...after calling 911...we are still friends..he would be our next call ! 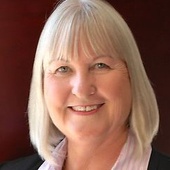