As the new year begins, the housing market has shown signs of a slowdown, and mortgage rates are rising. What does that mean for those in the market to buy a home?

Over the year, many have come to the conclusion that real estate has reached its peak. Meanwhile, millions continue to wait on the sidelines. Housing inventory remains tight, meaning that buying a home is not easy. At the same time, expensive rents and low wages have constrained people’s ability to accumulate a down payment.

The coming year appears set to bring more of the same. Nationwide, most people would rather be selling than buying.

The Federal Reserve hiked the benchmark federal funds rate at year end, and indicated that it plans to raise rates again in 2019. That can increase mortgage rates. Realtor.com estimated that the rate for a 30-year mortgage will reach 5.50% by the end of 2019. Fannie Mae predicted that rates will only increase to 5% by then. Either way, homebuyers can expect to pay more in interest if they buy next year.

In some markets, housing inventory has improved in recent months, relieving some of the inventory constraints on the market. The increase in inventory in this case is more the result of a decrease in demand because of rising interest rates than it is a sign of new homes being built. For sellers, this shift will lead to fewer offers, and pressure to drop their asking price. The inventory improvement has not been in affordable homes as much as we need. It’s a great opportunity for those who want to upgrade!

Many economists are predicting a softer economy later this year or in 2020. If that is true, it will surely have an effect on the real estate market. Some people still remember what happened in 2008, and are afraid of buying at the top of the market. Locally, we might be in better off than back then. While we have certainly recovered, we have not had a huge overreaction in our market. If you are in a questionable employment situation, you might have reason to hesitate, but of you have a job take action!

Financial advisors still say that the best investment most people will ever make is in buying a home. Mortgage rates are still well below what was once considered the “normal range”. The key is to invest wisely instead of wildly. With changes in the law and the market landscape within different markets, it’s a good idea to find a good Realtor® to advise you along the way.

Great information.  Thanks for sharing and have a great Sunday! 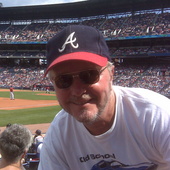