It's been a long time since updated ActiveRain and that's for good reason. The holidays totally kicked my butt and wiped me clean out! It was so much commotion and I stress out pretty easily if I don't get adequate space and time for solitude and focus, so I literally stopped working on both my Kindle business and my blog for about 5-6 weeks to just... cope with stress through the holidays.

And since I came back to "work" on January 7th, it's been a slow grind. But you know what? For the most part things held steady and even grew. I got more pageviews in January than I did December, my blog income grew, but my Kindle income fell some... which is to be expected. That rises and falls.

The most important takeaway for me, though, is that I learned that I need and desire businesses like these. Fully passive to where I can afford to just... STOP altogether if and when I want to and still earn consistently, daily, for doing nothing. That's the only way I enjoy working. And I figure if I build enough income streams that allow the flexiblity to work or not work, I'll be able to continue the crazy insane relaxed and abundant lifestyle I enjoy right now. Boom.

Sobriety is kind of hard to write about for me at this point because I'm so happy to say this, but it's like -- over to me. I don't feel like I have that much more to say about it, as alcohol is such not a part of my life anymore... and once it's over it's just over. At least the way I see it. Kind of like pregnancy lol. You have a LOT to say about pregnancy when you're pregnant, but once the baby is born and like... 1 year old, you don't really think about pregnancy or have that much to say.

I felt this happening around the 11 months sober mark, but once I hit one year sober  it was really strong.

Now I just passed 14 months and I literally have nothing to say, so I struggle a lot with what to talk about that can really apply to sobriety.

Now I'm talking about the individual things I did to get sober without AA in the first place... and there are many. So I'm writing about those here and there. Picking out the best and strongest such as practicing gratitude, things like yoga and meditation, and just generally creating a life that excites you more than alcohol, which I do enjoy writing about, so that's cool.

But most of what I have to say and what I'm talking about isn't that focused on alcohol. And it might seem crazy but that's PART of the core message in itself. Like, alcohol doesn't have to be this big, scary thing that you'll always have to worry about or crave. I find so much joy in the fact that yes, I struggled for 17 years and was unable to quit. But when I was truly ready, shifted my mindset, started a public accountability system and made sweeping life changes, how awesome to come out on the other side and be able to move on. I don't think anything is special about me, either. I believe most people have the same opportunity. So... I don't know. It may be offputting to some people that the blog will continue to talk more about overall mindset and emotional work without it specifically being about alcohol... but that should be a sign of a strong outlook for the future.

I always, always say "if he/she/they can do it... why not me"? I hope to be an example of someone who beat alcohol's ass and came out on the other side unscathed and unbothered... so others can do it too! 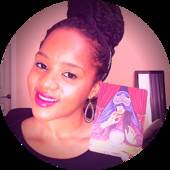