I'm running into more and more Buyers concerned about buying at the top of the market and a potential market correction.

It may be a little controversial... but here's what I gotta say 'bout that:

In the absence of payment-option ARMS, even a 50% drop in values will pretty much have no impact on the average homeowner. WHAT!?

***Think about it.*** When values were dropping over a decade ago, many people were in mortgage loans where they were making negative amortization payments on ARMS with a stupid initial rate as low as 2% in some cases. (For those of you who missed those days, negative amortization payments meant you weren't even paying enough to cover the interest, and your principle balance was going up instead of down.) People were literally making $500 payments and less on $200,000 homes! But that was basically just an "introductory offer". When the party ended, people saw their $400/mth payment jump to $1200/mth..... So now foreclosures are hitting the market like crazy. Investors bail out of the market, and supply and demand gets real.

What happened to the people who had fixed rate mortgages through all this crisis? Pretty much... nothing... They may have decided to ride it out a little before they bought their move up home, but they honestly would have been in pretty darn good shape to keep that home as a rental and buy their move up home when the market was low. But, for the most part, even having their home's value drop from $200,000 to $50,000 would not have had an impact on them. They've got a $1,200/mth mortgage payment... and they would have had to be paying that in rent anyway, so it wasn't like they were throwing away that money just because they were upside down.

The real estate market isn't the stock market. It's not like you could just hoard that cash under your bed or in a savings account to keep it safe. You can either throw it away on rent or spend it on a mortgage on a house that someday, for a bit, you could potentially find yourself upside down on. But you're STILL better off than renting, because you know what your payment is going to be- and rental increases will cost you, and a temporary drop in value will not. You've got to spend that monthly payment no matter how you slice it..... unless your parents will let you live in their basement.

So what do I say when a buyer brings up this concern? What if the market crashes? I pretty much say, "What if it does?" Unless you decide you want to sell in the middle of it, you're insulated from it. Do you see any reason you would be forced to sell in the next few years?" Most people don't....and they can rest easy. Some others may have the potential of a job transfer or military orders taking them somewhere else. With our military bases here (in Colorado Springs), we are one of the most stable markets to own rental property in the entire country. Talk to them about the opportunity that would create for them to build a real estate portfolio. Others may be concerned about having all of their wealth tied up in the property and not being to access it in case of an emergency... Then talk to them about putting less down so that those assets can remain liquid for them.

Without stupid mortgage programs (I'm not talking about reasonable programs like regular ARMS that people understand and are prepared for... or bank statement loans or any other program for seasoned and savvy buyers).... I don't see anything coming other than the normal ebb and flow of the real estate market as we adjust to and balance out supply and demand.

There's a lot of fear after what we experienced with the mortgage meltdown.

Yes, someday, and I can't say when, we'll have a market correction that comes along with normal ebb and flow. And for most people... it won't have a bit of impact on their lives. They will have just insulated themselves against rental increases.... and, over time, for most people, that investment will add more to their net worth than anything else they do in their lives.

Tags:
buying at the top of the market 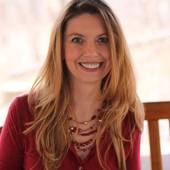