I recently moved from a house that I had built 22 years ago to a house that was built for someone else 33 years ago.  There have been some surprises despite having had (my first ever home inspection).

I have a particular home inspector that I really like because he is also a licensed contractor. He likes to tease that he doesn't work anymore -- just does home inspections.  One of the reasons I like him is that he keeps up on changes in code and best practices in the home building and renovation industry.  So, of course, I chose him for my personal inspection.

As he always does, he tested every outlet, but one,  in the house.  And they were all operating correctly.  The one he couldn't test was under the brand new carpet in the living room.  Shortly after I moved in, I had all the flooring removed (4 kinds of tile, vinyl, laminate and carpet!  Yikes!) because I figured it would make it easier to work on the other aspects of remodeling.

Once exposed, I removed the cover for the outlet in the living room and tested it myself.  It was fine.  Fast forward 6 months and my contractor is getting ready to replace this outlet with one that allows the cover to be closed while plugs are plugged in.  He opens the original one and pulls the outlet up only to discover that the conduit and electrical box are full of water!  The water came right up under the live outlet.  This had the potential to be a hugely serious issue.

Right now I have an electrician replacing the main and several other breakers in the main panel that were damaged likely as a result of the recurring water intrusion over 33 years in this outlet box.  Additional damage includes the siding that has been water soaked in the lower two courses because the conduit is OPEN where it enters the footer of the house.  That is, it is an unsealed access that allows water to penetrate the siding and to fill the conduit.

So, all that background to get to the point of knowing what you can't know from a home inspection!

In all fairness to my inspector, he made the typical warnings to me about the cracked and heaved patio slab channeling water toward the house instead of away and cautioned me to remove snow from the corner of the chimney chase to minimize damage to the siding,  Check, got it.

What he couldn't know (even if the outlet was not covered by carpet at the time of the inspection) was that the conduit that supplied the access to that outlet was open to the elements. The reason he wouldn't have suspected an issue is that the outlet was functioning properly when the flooring was removed and I tested it.

A home inspector's job is to tell you what the current condition of the house is, whether systems are currently working or not working.  A home inspector would not be expected to discover this kind of issue.

One of the things I've learned from this experience is that when it comes to my clients, I will look more carefully for signs of prior repairs and ask for information about what was done and why.  In my case, both my inspector and I noticed a small square of siding that had been cut and then patched back in next to the chimney chase.  We both assumed that it was a prior repair and not indicative of an ongoing problem.

When my contractor opened that patched siding we could clearly see that the conduit was not sealed from the elements.  In fact, we could not determine what if anything had been done behind the patch.

I bought this house in the summer and discovered the problem in the winter but the opposite could happen too.  If you are buying a house in the winter, it will not  be possible to test the AC, so that could turn out to be a problem when the weather warms up.

If you made it this far in the story the takeaway I'd like to share is be prepared for any eventually when the seasons change and reveal things that could not have been known in another season.

You're absolutely correct! Inspectors cannot observe everything, and there may be surprises after moving into the new home. 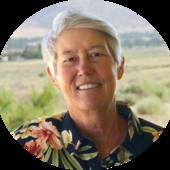