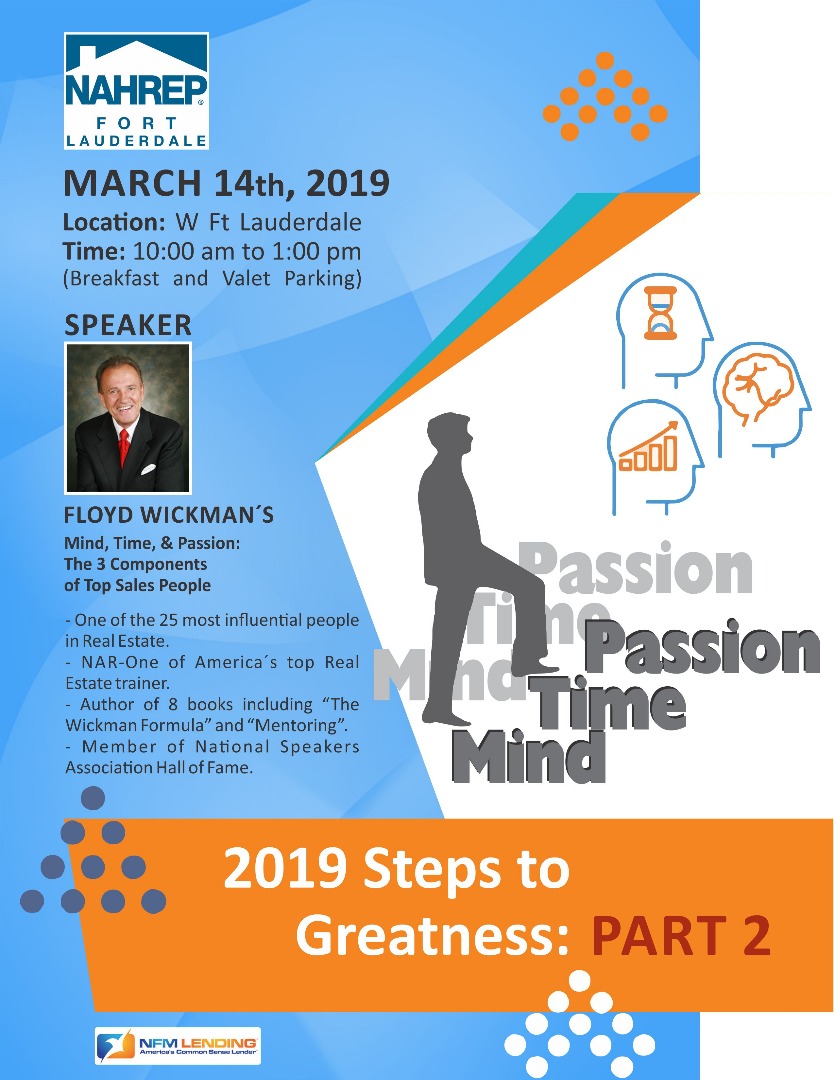 Those who know Floyd Wickman will tell you that he can teach anyone how to succeed in real estate regardless of their background because he is living proof. With just a 9th grade education and a brief stay in the military, Floyd Wickman began his real estate career in 1966. His first year in real estate yielded him just three closings.

In year two Floyd changed offices and went to work for a broker who would not let him fail, someone he affectionately called HB. He went on to average 86 real estate transactions a year for six years. Individual success turned into team success when he and his staff of 8 associates collectively averaged a listing a day and 23 closings a month for 4 consecutive years.

On April 16th, 1974, Floyd Wickman received ‘The Calling’ while watching professional speaker J. Douglas Edwards speak at a live event. With no previous speaking experience Floyd set a goal that day to speak in front of 2300 people within five years. In February of 1979 he achieved that goal.

As a manager, Floyd Wickman’s weekly sales meetings became mini-seminars where he helped people as much as he could. This experience was a stepping stone to a national training career and the foundation for his training methodology.

Almost everyone in the industry knows the name Floyd Wickman to be synonymous with the Sweathogs™ training program. What many do not know is that his 1999 decision to sell Sweathogs™ stemmed from its cold calling foundation. While he briefly contemplated retirement, Floyd's love of teaching and desire to help people truly have more successful careers kept him firmly planted in the field he continues to be passionate about.

Touching every conceivable pocket of the North American real estate community through tapes, CD’s, books, videos and training programs he has helped more than ½ million agents have more realize their potential and fulfill their dreams.

Over the years Floyd Wickman has spoken to over 3,000 audiences, authored six top selling books, and sold over 1,000,000 audio programs. He was elected as CSP, CPAE, and a Hall of Fame member of the National Speakers Association®. The National Association of REALTORS® and REALTOR® Magazine named Floyd Wickman one of the 25 Most Influential People in Real Estate.

A NAR study at the turn of the century alerted Floyd to the impending changes in the real estate industry and prompted him to create the Floyd Wickman Team S.M.A.R.T. Program™ to address the issues of building a salable book of business and becoming a true master at selling skills. He now has, as he says, "15 of the greatest trainers in the world" teaching his S.M.A.R.T. Program™ in the United States and Canada.

The Floyd's 101 Greatest Dialogues™ was released as a six DVD set in 2005. That same year Floyd began a 48 city tour to promote this release and to just have some good clean fun. In addition, he hosts the annual Master Sales Event™ and speaks at client and National events on average of 24 times per year. His material and style has withstood the test of time. His latest training programs and coaching systems are proving themselves again and again. His latest book, “Letters to Linda” is breaking sales records and he continues to develop groundbreaking programs and products to help his clients and customers and the real estate family at large live better lives.