Not my normal post at all, but I feel this was something others should know about — A Metro PCS / T-Mobile encounter with an unsolicited postcard offer which arrived in my mailbox during the Christmas holiday season.

Normally, in my hands, a junk mail postcard has a life expectancy of a Mayfly in JUNE lol. But, this one caught my eye — primarily because I had been considering a purchase of this particular phone.

The postcard (See Images) appears to be offering a SALE Price on a new Samsung Galaxy A6 Smartphone. As you can see from the images of the postcard, Metro PCS / T-Mobile says, "New! Was $359 NOW $99" and then below that in mice-type it says "Sales tax and activation fee not included."

This phrasing "New! Was $359 NOW $99" sounds like a SALE to me, doesn't it to you?  Even so, I was expecting the mice-type below it to say something like, "when you buy one at the normal price,... when you have 4 lines of service, ... when you switch carriers, or something similar, but nowhere on this card do any of these phrases appear. So I took the card to the store listed on the return address.

There was only one sales associate at the location that day. He showed me the phone, and I showed him the postcard. His reponse to the postcard was, "Well that's only when you switch from another carrier" I pointed out to him that it says nothing about that anywhere on the postcard — even in the HUNDREDS of words of disclaimer mice-type (see image). There is not a single mention or implication of this PRIMARY requirement for the "SALE PRICE". His reply was, "That's what it means." He would have to check with the store manager and took a picture of the postcard — then asked me to get back to him next week some time.

Seems that if you are a company that wants a reputation for treating consumers fairly, honestly and openly — rather than being deceptive, misleading or even dishonest —  that you would find the space to incude the PRIMARY requirement to qualify for the "SALE PRICE"

I called back a week later to the same Metro PCS / T-Mobile store and got the same assistant. I asked him what the store manager had said. He said the manager was there and proceeded to have a conversation with him. I could hear the conversation they had through the phone, and I overheard the manager say, "Well, I don't care what it says; I'm not going to honor it."

So, I decided to go to the next level and called Metro PCS / T-Mobile Customer Service. After considerable phone time with them, a supervisor said that they would need to see the original postcard. A picture of it emailed wouldn't suffice, and I would need to take it to a Corporate-Owned Store. So I did, and they copied and sent it to the corporate office, which responded by saying the phrase, "Certain restrictions apply." which appears in the mice-type of the "GENERAL" information disclaimer (see image above) covers this PRIMARY REQUIREMENT to qualify for the "SALE PRICE" offered in the postcard. But again no where on the card do they mention these limitations of the offer which seem to be of primary interest to consumers if a company is attempting to be honest with their ads and not mislead by omission.

This was effectively what the corporate office replied to the BBB complaint I filed shortly after. They also said that Metro PCS / T-Mobile doesn't engage in any misleading deceptive advertising.

So what do you think about this Metro PCS / T-Mobile postcard?

Do you think this type of solicitation is honest?

Do you think the postcard from Metro PCS / T-Mobile is misleading as its written?

Do you think they left the phrase "When you switch carriers" off the postcard intentionally?

For me, I can only say that for any postcard or ad from Metro PCS / T-Mobile I receive in the future, I will assume they are leaving out some crucial condition and that SALE PRICES aren't actually sale prices at all.

There is a catch somewhere in all the pushy ads

That's complete BS, and honestly, this post sums up pretty much how all my experiences have been with any national cell phone service provider.  In my business, I constantly think I want to be the EXACT OPPOSITE of them.

Like
favorite_border 1
Ader Will
Compilation Categories - Myrtle Creek, OR
Completely new to this industry and curious

I received a similar postcard from this same company Metro by T-Mobile they really should be ashamed of themselves for such obviously deceptive marketing.. I changed companies because of this and won't give my business back to them again.

Thanks for letting others be warned 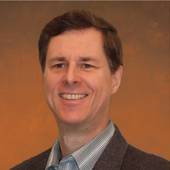