What is driving the explosive demand for condos in Kelowna? It doesn't hurt that they have an amazing lake, Okanagan, running through it. Orchard City, or K-town, is on the same line of latitude as Vancouver Island on the Pacific coast. Kelowna is in the southern part of the province.

The first Europeans to settle here were from France. They came in the middle of the 19th century. It was nearly half a century before the city was incorporated, in 1905. The area has cold, cloudy winters and dry, sunny summers and enjoys four obvious seasons. This is described by weather experts as a humid continental climate. Famous figures from here include Tour de France cyclist Axel Merckx, Olympic rower, Scott Frandsen, and countless professional hockey players.

Tourism forms the bulk of the local economy. Visitors are attracted by places of local historic interest, such as Myra Canyon Trestles, Father Pandosy Mission and Guisachan Heritage Park. Numerous festivals, organized through the auspices of Festivals Kelowna, attract visitors. Among these are Celebrate Canada Day and Arts Alive! Outdoor pursuits such as golf, biking, hiking and boating attract people in the summer, while skiing is a major attraction in the winter time. The area is served by two main ski resorts, Big White and Silver Star. The cultural district, located in downtown Kelowna, was once the center of the fruit packing industry in Okanagan.

The southern climate is ideal for growing grapes, hence a lucrative wine industry has grown here. In fact, local wines have been noticed at the international level. The Okanagan Mountain Park fire destroyed a couple of these vineyards in 2003, but they were eventually restored. In 2014, the region was recognized by USA Today as one of the best wine regions for visitors.

A major manufacturer of a popular range of fruit juices is also located here. This is handy to the 13,000 students of higher education who are based here between the University of British Columbia (8,000) and Okanagan College (5,000). The Okanagan campus of UBC offers degrees in Management, Medicine, Health and Social Development, Applied Science, Education, as well as Creative and Critical Studies.

The quality of life in Kelowna has been quantified by statistical organizations, who rate it very high. The positive QOL indicators, in which the town is rated either moderate or high, include safety, health care and purchasing power. The negative indicators, in which the town is rated low, are pollution, traffic, consumer price index and the ratio of property prices to income. A low property price to income ratio means that rents or mortgage payments occupy a smaller proportion of household income than areas with a high ratio.

Kelowna has appeared in various films. In 2006, it was featured in a movie called, "Fido, " a comedy/thriller/horror zombie flick that debuted at the Toronto Film Festival. The setting was an alternate universe in the 1950s where cosmic radiation turned the dead into zombies. Parts of the films, Shed and Shed 2 were filmed at the nearby ski resort, Big White. Both films featured snowboarding.

Public transportation is limited, probably owing to the local devotion to the automobile, which is responsible for two-thirds of the total greenhouse emissions in Kelowna. The bus service is overseen by the Kelowna Regional Transit System (KRTS).

Kelowna has a lot to offer. It is lush with greenery, plenty of open space and a high quality of life. Much of the local crime is sporadic and associated with events with a high profile for alcohol, and those reports are few and far between. By and large, it is a placid community. There is a huge demand for homes of all types, making this a good time to sell. However, it can only keep growing, which makes this an ideal time to invest in property in Kelowna.

If you're looking for more information on Kelowna condos, look no further than our blog. Visit us for information on the market, buying a condo, local attractions, things to do, and community events 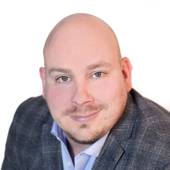