While the housing market continues to experience a slowdown in home sales and price appreciation, new data from Zillow suggests the rental market is heating up.

According to the company’s Real Estate Market Report, February’s rental prices climbed at the fastest rate in the last 10 months.

In Nashville, the average rent prices have increased by $54 over the past 6 months according to Rent Jungle.

One bedroom apartments have an average rent of $1294 in Nashville and 2 bedrooms average $1597 in rent. 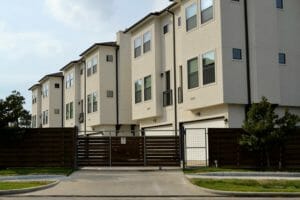 There’s just no way around it. Rent is increasing at a much faster pace than wages currently in Nashville.

Renting vs Buying A House

Nationally as well as locally, as rents continue to rise, more people are opting to buy a home instead of renting.

“The fourth quarter of 2018 was the fifth consecutive quarter that owner-occupied households grew by more than a million, at 1.7 million new owner households,” McLaughlin wrote in a report.

“At the same time, the number of new renter households fell six out of the past seven quarters with a decrease of 167,000 households.

This suggests that the increase in the homeownership rates is at least partly due to households making a switch from renting to owning.”

If you would like to explore your home ownership options and get out of the ever increasing rental market, please give us a call at 615-554-0832.

Thanks Sally Crane for stopping by! Best wishes to you too.

Rhonda Burgess, Broker specializes in helping people who are moving to Nashville and new construction homes for sale in the Nashville TN area.