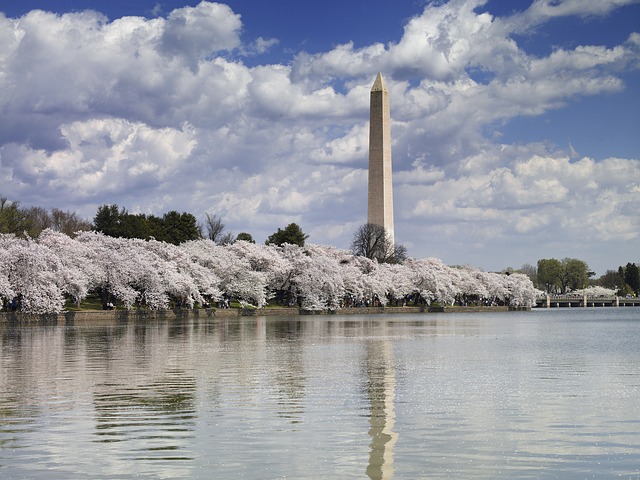 The National Cherry Blossom Festival is in full swing in Washington, DC.  Even when there are fits and starts with the arrival of spring weather, the blossoms always arrive!  Tour buses clog the roadways.  People swarm the Tidal Basin to catch a glimpse of the world-famous trees.  These are indicators that spring has come to DC.

Every year my husband and I make plans to take the iconic walk around the monuments of Jefferson, FDR and now Martin Luther King along with the crowds.  Sometimes we bring a picnic and bask in the beauty on one of the banks of the Tidal Basin.  Other years we have enjoyed a twilight bike tour.

The National Cherry Blossom Festival commemorates the 1912 gift of 3,000 cherry trees to the city of Washington, DC from Mayor Yukio Ozaki of Tokyo. The annual celebration honors the gift and the lasting friendship between the United States and Japan.  The website provides more information on attractions that are associated with the arrival of the cherry blossoms:  www.nationalcherryblossomfestival.org.

The United States Capitol of Washington, DC is located on the banks of the Potomac River and is affected by the tides that flow from the Atlantic Ocean through the Chesapeake Bay which creates the need for the Tidal Basin. This led me to think that a key similarity of many world class cities is the location on a river or major waterway.

Ten European Capitol cities are sited on a river bank.  London is on the Thames; Paris is on the Seine; Rome is on the Tiber River; Dublin on the River Liffey; Budapest on the Danube; Moscow on the Moskva River; Amsterdam on the Amstel; Berlin on the Spree River; Prague on the Vltava River; and Madrid on the Manzanares River.

Other prominent US cities are sited adjacent to bodies of water as well.  By way of example:  New York City is on the Hudson River; Chicago is on Lake Michigan; major cities such as Los Angeles and San Francisco on the west coast are on the Pacific Ocean; New Orleans is on Lake Pontchartrain; Miami is on the Atlantic Ocean. The waterways provide opportunities for commerce and recreation.

Another primary feature of a beautiful city is its parks and gardens. London has the magnificent grounds of Hyde Park.  Paris offers Champ de Mars parks around the Eiffel tower.  High on the hill overlooking the Danube, the Prague Castle has magnificent gardens.

In Washington, DC in addition to the cherry trees gardens located on the banks of the Tidal Basin, there is green space between the Washington Monument and the White House, known as the Ellipse. The National Mall is the open area with the U.S. Capitol banking the northern end, the Washington Monument on the southern with various Smithsonian Museums flanking both sides.

It is such a beautiful sight to behold.  We took a long weekend several years ago to enjoy the festivities. The entire city was in full bloom.  Just wonderful...

Here's to Your Success! 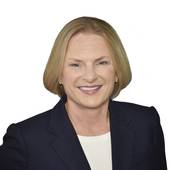