Mortgage interest rates for buying a home on the Palos Verdes Peninsula decreased significantly this week. The following are excerpts from the newsletter on interest rates published by HSH Associates :

""In like a lion, out like a lamb" is an old saying about the weather in March. Given that 30-year fixed mortgage rates are ending the month more than a third of a percentage point below where they began (not to mention they are now at 15-month lows), this old aphorism might be applied to mortgage rates this month, too.

Relentless pessimism in financial markets about prospects for growth, benign and perhaps dwindling inflation and accommodating central banks around the globe have all contributed their part to the decline in longer term interest rates. In turn, long-term fixed mortgage rates fell nearly a quarter-percent in just the past week. 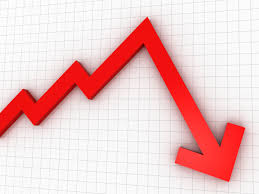 The pessimism has intensified to a point where markets have started to expect that a rate cut will be coming sooner rather than later. Although the Fed has shifted its tack with remarkable speed, it is premature to expect that a reversal of policy is coming quickly. That was the message from several Fed officials this week, and it may be that the markets are getting ahead of themselves. Incoming data from the end of last year and the begriming of this one is said to be both distorted and "noisy", and the Fed will wait to assess where the economy is once the fog lifts.

Mortgage rates are down and consumers are noticing. Even without this week's drop in rates, applications for both purchase and refinancing are running at the best levels in a year, according to the Mortgage Bankers Association of America, and that doesn't even yet reflect the considerable decline in rates from this week.

Of course, by the time the news hits the headlines and consumers digest it and react, markets are already changing. Although not a huge rebound, the underlying interest rates that influence fixed-rate mortgages have firmed up in the last couple of days. As such, we expect that the big decline in rates reported this week -- the largest one-week drop in 10 years' time -- will be partially eradicated with a small rise in rates next week. At the moment, we're of the mind that the increase will be 5-7 basis points, but with a slew of new data on tap to drive the markets in the next four days, there's a chance for a bit more or less."

The following are interest rate quotes from Allen Bond of Wells Fargo Bank:

Isn't this wonderful? This prices a few people back into the market that they were priced out of a year or so ago.