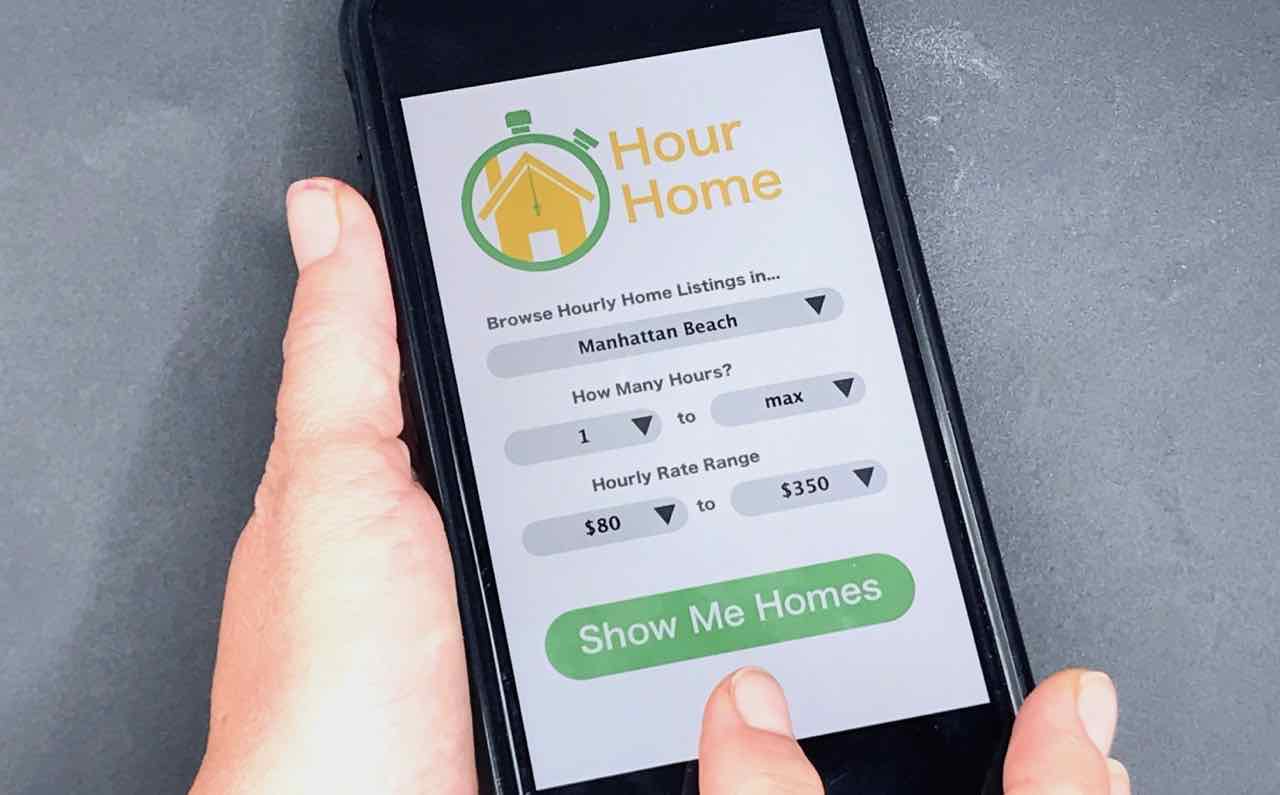 The app economy is carving out a new niche: Helping homeowners rent out their homes for ultra-short terms, starting with just an hour at a time.

Leading the charge is Cupertino-based HourHome, an app maker that helps connect customers seeking a (very) short stay in a nearby home with a house whose owner has made it available.

HourHome has established a beachhead in Southern California coastal communities, including Venice, Huntington Beach and my own hometown, Manhattan Beach, where the city council is poised to approve hourly rentals next month. (See this story in the local online news magazine, DigMB: "Hourly Home Rentals Planned by City Council.")

The promise of the HourHome app is that it helps regulate super-short-term rentals while collecting revenues, such as occupancy taxes and fees, automatically for the city.

Supporters in Manhattan Beach imagine that people might want to rent a large, fancy house for a dinner party. Or maybe an ocean-view happy hour, follow by a quick shower before heading home.

It's a big change in Manhattan Beach, which, like many communities, had struggled with the concept of "short-term" rentals previously. The city limited residential rentals to a 30-day minimum before a new city council was recently elected.

The new group appears to have heard the cries of protest from local homeowners, who resented regulations that prevented them from earning maximum return on their properties with vacation-rental demand. Now the city is pulling a 180.

Local real estate blog Manhattan Beach Confidential considered the impact on home values, and sees hourly rentals as a plus.

In a post titled "Upside to Home Values from Hourly Rentals?" the blog says, "some homeowners stand[] to gain both in short-term revenue and long-term home value if their homes have special appeal for the hourly rental audience." There's little concern over local homes becoming "flash-mob 'party houses'" or being abused by local teens, thanks to clear Terms and Conditions built into the HourHome app.

After these pioneering coastal communities show the potential value of hourly rentals, HourHome could spread nationwide, offering homeowners everywhere a taste of the life of an Uber or Lyft driver, except by offering up their homes instead of their cars.

Watch for HourHome in your community soon!