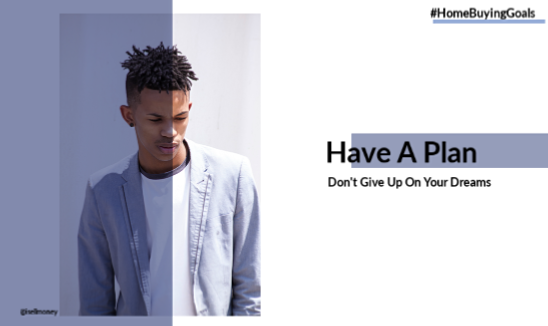 Someone asked me to write a Real Life Example of people who bought a house. We close over 50 loans most months, so that’s a pretty wide open request.  I’m going to take 3 real life examples of what some folks did to buy a house and see if that helps.  I chose to write about First Time Home Buyers.  All of them had to do something pretty remarkable to buy a house, but they DID IT.  These folks are now home owners.

If you have other scenarios you would like to see – please leave me a comment at the bottom!

This Scenario starts with a sweet Nurse “Nancy” who has worked some crazy schedules in the eighteen months since she graduated from College.  The ever-changing schedule is actually pretty common (from our point of view) for new nurses working at a hospital.

Because of the crazy schedule – she worked 47 hours one week… then she worked 52 hours, then she worked nights and a weekend, so she got shift differential… this was a math headache.  How do you average her hours?

Underwriters like to be conservative.  So Underwriting would really like to give her NO credit for the extra hours, and the extra time that she was working.

But if we did that, “Nurse Nancy” couldn’t qualify for the house she could clearly pay for.

The main reason she came to us is because she has student loan debt.  $60,542 in Student Loan Debt.  And she didn’t have to make payments on most of it right now, because she opted for Income Based Repayment. He student loan payments only totaled $125 a month.

For the programs she had been asking other lenders about, they were going to count 1% of the balance. She needed a Fannie Mae Loan.  We were only counting the $125, not $605 a month.

But even with a car payment of $345, and one credit card with a balance of $475 and her student loan debt at $125 we needed some extra hours, not just her base salary to qualify her for the loan.

“Nurse Nancy” had 680 credit scores, and for the Down Payment Assistance Program she was applying for, she could not have more than a 43% total debt to income ratio.  She was also a First Time Home Buyer and qualified for tax credits.

So she changed jobs. She took a job that paid more in base salary, had fewer hours of overtime.  In general this meant that she would actually make LESS money – but because the overtime was guaranteed – we could count all of it and qualify her to buy the house!

She had only been making overtime and shift differential fr 18 months – that was by far the biggest problem.  If she’d been doing it for 2 to 3 years it wouldn’t have been an issue.

In this real life example of people who bought a house, “Nurse Nancy” had a plan. A few months later she was going to go back to her “crazy schedule” at the hospital.

Her other option?  Get a non-occupying co-borrower go on the loan with her.  The problem with THIS option is she would not qualify for down payment assistance, and would need 3.5% for the down payment.

Our Second Scenario starts with “Carlos The Concrete Contractor.”  This was actually a pretty difficult deal, first off because Contract Employees are also sometimes difficult to get a loan for. They work a job – then they might be off for a couple of weeks, then work hard-core on the next Project.

Thankfully, in this real life example of people who bought a house,”Carlos” had been working as a Concrete Contractor for 9 years.  He was renting, he did not own a home.

So we pretty much just treated him like a self-employed borrower.  The challenge was that he worked all over the world. Saudi Arabia, London and South America during the past two years.  Getting documentation in English was a struggle.

Carlos had recently separated from his wife.  He had sole custody of their one year old baby, and thankfully there was no child support or alimony involved.  His “Ex” was self-employed, and in the years prior to their marriage, she had unresolved taxes owed to the IRS.  She lives in England.

We had him enter into an agreement with the IRS to pay them $300 a month for the $22,000.  We had to document this with the IRS and he had to begin making the payments. He will need to resolve the liability issue with his ex-wife as a final part of their divorce agreement.

With a Free Trader Agreement, the spouses can freely purchase real property without placing the other spouse on the deed. This, by no means, will allow one spouse to sell the former marital home without the consent of the other—that is not what this is for. Instead, this allows the “purchasing” spouse to keep that real property as a separate asset and a separate obligation (ie—the mortgage). This can have huge value for both parties.

This document can also address the obligation that each party has to the other to refrain from attempting to get credit in the others’ name, as well as to promptly pay all debts and financial obligations incurred from the date of separation on.

Free Trader Agreements should be drafted in accordance with N.C.G.S. 52-10 and 39-13.4, they must be signed by both parties and notarized, and are filed with the Register of Deeds.

He had a 652 credit score, and he had very low debt ratios. Because of his credit scores, Conventional PMI would be pretty high.  In this scenario, we did a FHA Home Loan with a $8,000 Down Payment Assistance Grant from NC Housing.

This allowed “Carlos The Concrete Contractor” (he was also an Industrial Engineer with Family in our area) to buy a new home for his family!  He had to make some sacrifices to do it – but it worked!

This is going to be a kind of quick Scenario about “Sargent Dan,” and the beautiful mother of his daughter, “Sally Green.”  They had been living together for one year and four months.  They found a $253,000 home they fell in love with outside Raleigh.  They both had over 750 credit scores, an have been conservative with debt, their back ratio is right at 39%.

The only problem was… they weren’t married.  In order to qualify with someone else on a VA Home Loan, you have to buy the house with another Veteran, or you have to be married.

“Sargent Dan” is finishing up his degree at NCSU, and is not working full-time.

“Sally Green” is working as a Nurse Practitioner in an Area Hospital, and has a set schedule.  She’s been there for 5 years.  In this real life example of people buying a home in NC – She is the one making the money.

One of their few debts was $16,000 in student loan debt.  Her parents are making these payments, and we were able to get cancelled checks proving that they made the last 12 payments, on time.  Because of that, the VA Home Loan Underwriters did not make us count that debt in qualifying them.

So, in order to buy the house using his VA Mortgage Benefit – “Sargent Dan” and “Sally Green” had to get married… Quickly. They literally went to the Court House – and plan to have a traditional “Church” ceremony later this summer. We had to have the marriage certificate before they could close.

If you want to know if YOUR real life scenario would qualify you to buy a house – call us.  This is what we do.  We don’t just work with First Time Home Buyers, although we are committed to educating them.  We know the ins and outs of the mortgage programs, and we will walk you through the process!  Call Steve and Eleanor Thorne 919 649 5058.

Great examples. Every deal is different from the last one