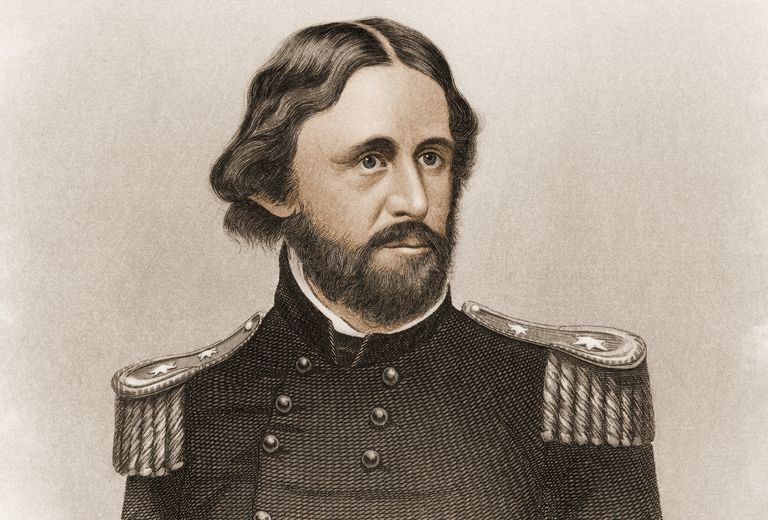 Fairly light week of reports that should mean no fireworks.  But beware every time you issue such a comment...

(Need a rate quote for your specific scenario?  Click anywhere on this link.)

Forgive me for always stopping to read the plaques at rest stops, but passing through Mariposa, CA, this last week I became curious about the life of American pioneer, John C. Fremont.  If you've lived in California for any length of time, his name will no doubt be familiar, but do you know the story?

"The Pathfinder" was born the illegitimate son of an immigrant school teacher in 1813.  By the age of 20, Fremont's daring, impetuous nature, coupled with his aptitude for science and topography gained him the recognition of a prominent politician, who, through his assignment and tutelage, exposed young John to a life of exploration that would define the next decades of his life, as well as significantly advance the pioneering of the American West.

By the 1850's, in addition to several expeditions West, Fremont had served as a Major in the Mexican-American War, had become a Senator for the new state of California, had run for President (unsuccessfully) and had settled a ranch in the Sierra foothills (Rancho Las Mariposas) on which gold was discovered, making him instantly wealthy.  However, the US was soon to find itself in a Civil War, and to nobody's surprise, Fremont found himself orbiting the nucleus of the conflict.  It is at this point that I found one chapter in his life particularly intriguing:

While serving as a Union General under Lincoln in 1861, Fremont issued a bold and impulsive emancipation proclamation and declared martial law in the state of Missouri.  He did so without consulting the President and freed the slaves at the risk that the secessionists would galvanize in rebellion and cause not only Missouri, but other border states to tip to the Confederacy.  Lincoln was livid and ultimately relieved Fremont of his post, but later confessed that first reformers often overreach and fail.  However, time revealed that Fremont's actions foretold the outcome of the war and fell squarely on the right side of history.

Fremont died destitute in 1890 --- a series of speculative investment failures having forced him back to New York from his Governorship of the Arizona Territory.  One might say he burned through every penny of life as a brilliant, versatile, adventurous and persuasive explorer, geographer, writer (he named the Golden Gate), politician, General, railroad designer and mining entrepreneur.  To think that at some point between leaving Mariposa and writing this, I had time to complain to my wife that the demands of my full-time job and parenthood prevent me from running for City Council...

Always good to be in the know. Thank you for sharing this with us!

Thanks for the history lessons! There is some good information here.

REX Homebuyer Participating Lender 80-10-10 Loans What Happens if My Appraisal Comes in Low? Can I Get a Cosigner on a Mortgage?