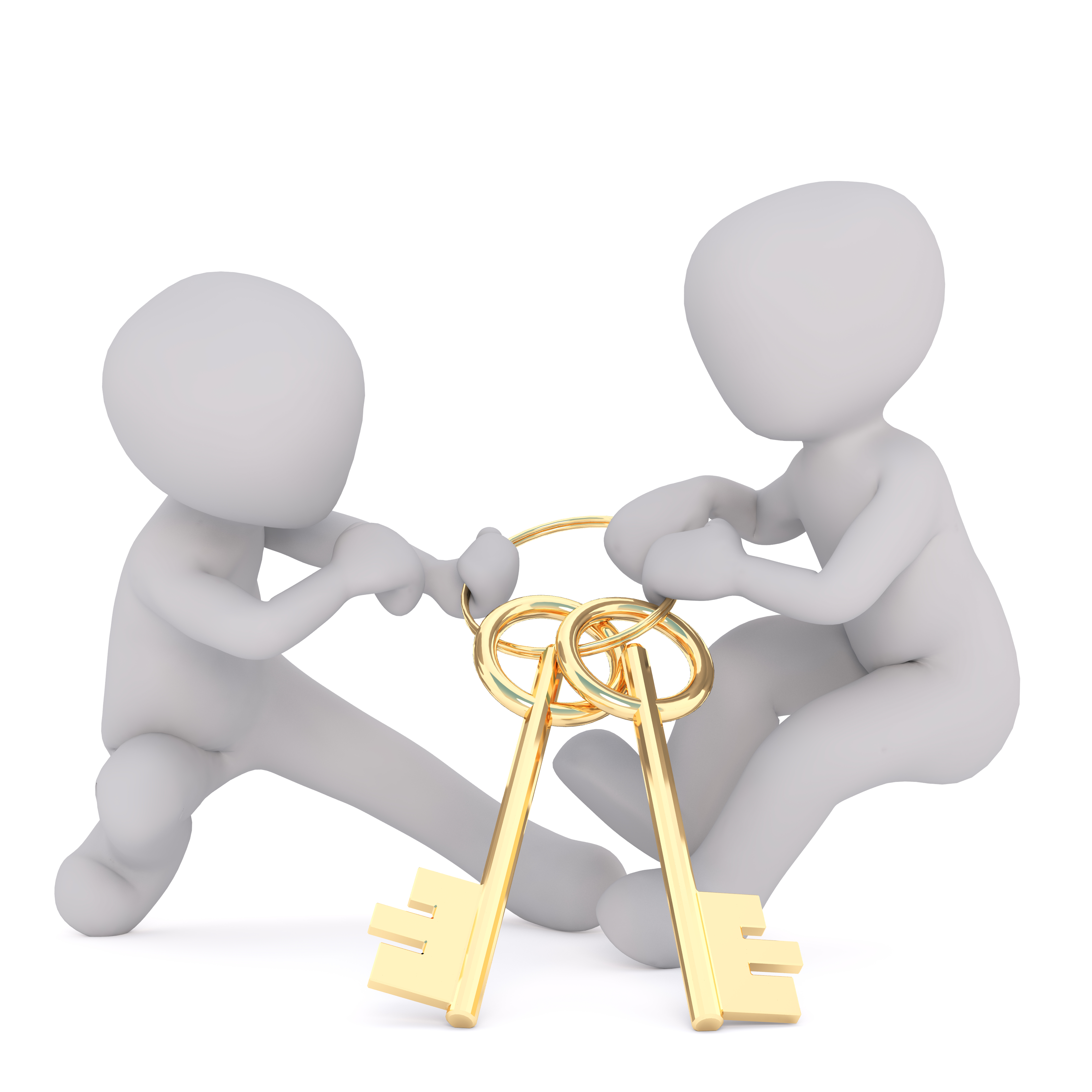 The past week or two have been the most confusing, challenging and frightening times that I can think of in real estate since I started in 1993.

As things unfolded and I was seeing the reality of just what was happening here in the Hamptons and the City, I realized that most agents are not paying attention to the things around them having to do with technology, simply because they do not understand it. In this case, technology, in the name of Zillow, took us over and has shaken us to the core--

Fear, real fear for our futures have settled in and it has begun a new way of working together--all brokerages are now on the same page!

We do our business day to day and think that our brokerages are taking care of us--that everything is going along as usual and everything is just fine---Until the other day when we found out that Zillow had shut down our systems and put us at the backend of a new public site called OUT EAST, an unworkable system set up to replace our core database!

This new site does not work for the public and it does not work for us. We can no longer update properly and we have no access to public data!  I believe that it was actually a tactic used to get the rest of the agents here who are firmly against paying for leads. We are left with nothing needed to generate our own leads and our own listings, including neighborhood maps, Town data and county trades.

But one thing I know for certain is that this was the plan from the beginning and this marketplace being small, world-renowned and VERY expensive could be just the "model" they need to take to the rest of the country

So, I began to understand the need to stop complaining and start explaining. I wanted to stop the panic that I saw all around me...

I have had hundreds of agents responding to my email (see below) in a very positive way--and many have decided to stop feeding the beast! The email was written on April 10, 2019:

As you may or may not know, in addition to being an associate broker at Douglas Elliman,  I blog on Activerain.com and have done so since 2007.

I was made aware early on about the intent of  Zillow and other lead generators to take over the buying and selling of real estate across the US, using their special technology (Bots/algorithms) to get buyers and sellers together, leaving the brokerage community out of the loop.

I have attached a link here that you should read if you are as upset as I am about what is happening to Hamptons and Manhattan real estate with Zillow and their subsidiaries, Streeteasy and Out East.—it is a blog post I wrote in May of 2017, right after the purchase of HREO and Realnet by Zillow: KILLING BROKERAGE--HOW LONG BEFORE ZILLOW SUCCEEDS???   The 2nd Post ZILLOWS HOSTILE  TAKEOVER OF HAMPTONS AND MANHATTAN BROKERAGES--FAIT ACCOMPLI!!  was written on April 6th, as we learned that Zillow was taking down Realnet, our internal listings database. Please take the time to read both; there may be some information you are not aware of about this giant company.

What comes to mind as all of this is occurring, is one of the most valuable things I learned from my first sales manager in New York City when I first joined Douglas Elliman. His name is Steven James, and many of you may know him. Among many of my career shaping lessons learned from him was the biggest, most valuable one: “If you don’t protect the listings you have, you lose—they are the “lifeblood” to the real estate business…if you don’t have listings—you don’t have a business!”

As you now know, since Zillow bought out these listing platforms we have been in the crosshairs for a crushing change to our business—They have done similar things to other marketplaces (Arizona is one state where they have tried the same thing with some degree of success) and I suspect this (The Hamptons) is going to be a “Model” for other takeovers across the country.

I just wanted to reach out to all of you to let you know that, as a fellow agent, I am concerned about the damage that is being done to all of us in this business, to say nothing of the damage being done to the public as Zillow puts in jeopardy the service and business relationships that we, as licensed agents have built over the decades!

Zillow is not a licensed broker (at the moment) by any state and therefore they are not obligated to follow the state fiduciary requirements that they demand we follow—We are licensed by the state to ensure the protection of the public from nefarious dealings with the likes of the bunch at Zillow.

Please read both articles and if you want to communicate, feel free to do so---any stories you know about, of harm done to a homeowner or a buyer who has a complaint about the websites, are welcome!!

I am working with Jonathan Miller at Miller Samuels to gather enough consumer related incidences that have come about because of the Zillow/Out East fiasco. Jonathan publishes a well-read newsletter weekly called HOUSING NOTES…In this weekly newsletter, he covers all the news that applies to real estate and its associated trades and includes articles about real estate from  Real Deal, Bloomberg and Inman News.

Jonathan is willing to cover this story in one of his May newsletters. He thinks the way to approach telling this story is from the consumer vantage point to get a broader readership and more exposure. I am in full agreement on that!

I look forward to hearing from you!

The immediate response was nothing short of amazing as agents from all top brokerages here sent me snippets of letters from homeowners, complaints from landlords, a touching letter from a 38-year-old father of 3 who is scared to death of what is to come if we don't act now.

There are so many stories of homeowners who could not sell their houses because of the buyer's use of Zestimates to determine an offer--and those whose homes were overpriced because of the fact they saw Zestimates online that were way off base on houses nearby. Higher prices were condoned by a national website that has no knowledge of this area! Prices have skyrocketed here and I think it has a lot to do with the consumer using Zestimates as comps!

So now, Jonathan Miller has all the material for a newsletter that goes out to all major publications in May.

And the 6 brokerages are working on a fix as we speak---Nothing works like co-operation in the marketplace. This problem has brought us all together and we are starting over as soon as we can regain our footing!

Tags:
millersamuels
fear of the future
zillow shut down our listing system
we are not able to do searches
we no longer own our own data

Great wisdom in this post Paula, let's see how many will take your advice, Endre

I just signed up for Jonathon's newsletter; and I look forward to hearing how the fix the brokerages come up with works.

Thanks for your encouragement! It is so gratifying when I see how people are responding to my communication. I have learned a great lesson here: If I have something to say, to tell people, I need to get out of my own way!

Thanks!... and I do hope we hear and see it soon! Nobody can work under the circumstances, at least to their fullest capacity. We are learning, though! Learning can only be accomplished through great lessons--the greater the lesson the deeper the understanding.

Hi Paula,
Love your proactive approach!  Nothing is accomplished by complaining.  And, apathy is even worse... letting it happen without even a peep.

Hi Carol: What a nice surprise---thanks for the feature! ...and yes, nothing is accomplished by complaining! I found that out!

A very informative and interesting post about being informed and taking action to grow and protect your business.

Why listing agents are not paid when their listings appear in any other medium other than their local or network MLS has always been a challenge for me, don't you? The agent's listing information is IMO, intellectual property and therefore has value, thus anyone who uses it should compensate the agent for its use or am I wrong in my assessment?

Agents must take action with their MLS Boards and adopt changes to ensure their listings are not shared without adequate or reasonable compensation. When that occurs, you could see a huge reduction in sales costs to the seller, couldn't you? Great post.

Hi Kimo---I have always thought that the "content" that is created by real estate agents IS intellectual property. And there was a time when we had protection for our photographs for instance. But all that seemed to disappear when a certain group of tech guys got involved in a business that they know nothing about! Now look at what is happening--and they seem to be protected from challenges about taking intellectual property--Now they are GIVEN it by the unthinking agents who don't want to do their own work to get listings!! It is a crazy set of circumstances, no?? I agree with you that action must be taken--but by whom? There is a willingness apparently to forgive and forget that Z scraped our listing information off our websites for nearly 10 years!---and that they found out that as "copied" information would not pull the juice in search engines so they came up with the approach which they now use:   They require that agents hand over their content in order to appear, falsely next to listings they know nothing about--and pay Z big $$ on top of it!!

Thank you Kimo, for your great observations--we are in complete agreement!

Thanks for sharing, great info here. I will check into “Housing Notes

Scary stuff indeed that warrants a response. I like your proactive approach and it's encouraging to hear about others who are also responding, and outraged!

Hi Robert: I use the Housing Notes every week to bring myself up to date on real estate in this area--there are other articles from the national viewpoint as well...I hope Jonathan will be helpful in drawing the public into this situation--there are a lot of angry homeowners/buyers out there--angry at brokerage because of the mess created by the attempt to undermine us... Thanks for reading and commenting!

Hi Jeff: I am almost in disbelief---doesn't it seem rather over the top nervy to do this to a community? I suspect they don't really understand fully the impact on peoples lives here....and they may not even care! The latter may be a more accurate position. Thank you for reading and understanding our plight!

So glad you are pro active! I have heard of this practice by Zillow but it hasn't come to my part of the US...just yet!  Thanks for the additional information

Hi Mary: Thanks for reading this...keep watching cause if they make it here they will make it anywhere! Be alert to all their tricks--they are really sneaky.