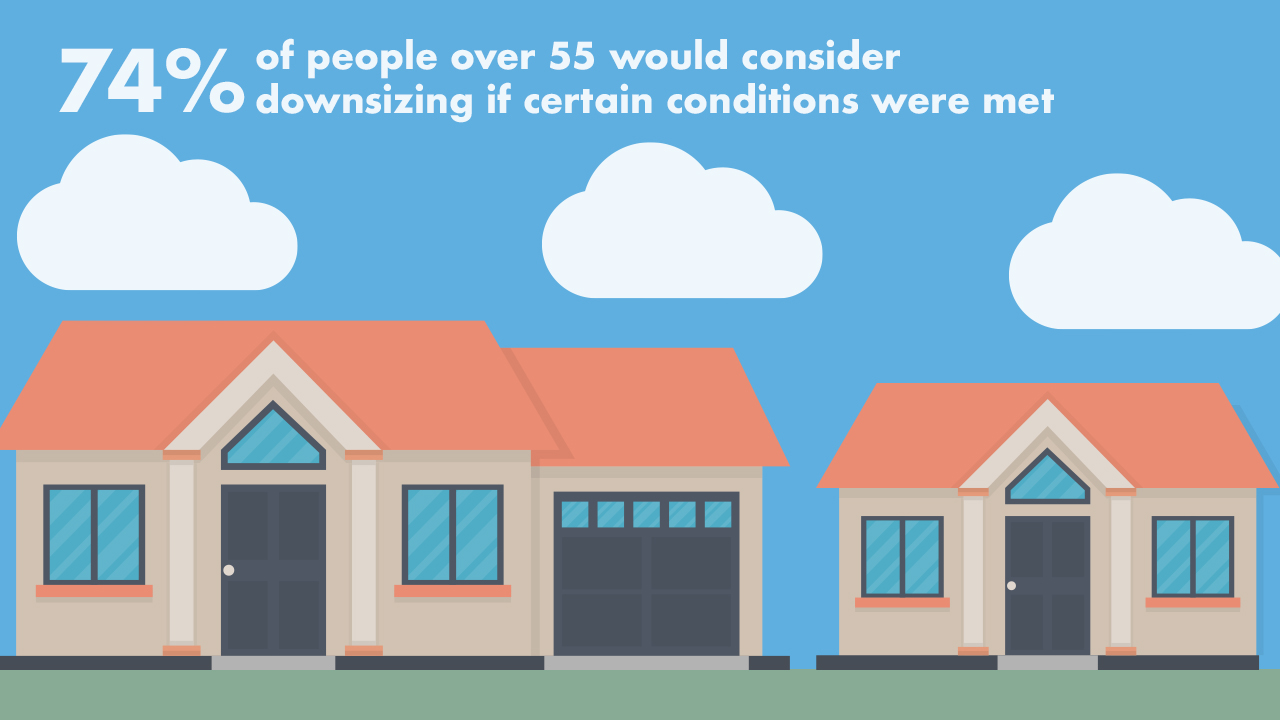 A nationwide survey conducted by IReach under the commission of Lotus Investment Group, a Dublin-based investment management firm, has provided some sobering statistics on Ireland’s housing issues, and how downsizing might help.

Commenting on the survey findings, David Grin, Chairperson of Lotus Investment Group, said, “Ireland has an ageing population, and this figure is set to grow significantly in the coming years, so the subject of downsizing as an option to address the housing shortage the country faces has entered the public debate.”

The cost of housing and rent has been a sore point for Ireland recently, coupled with the country’s highly critisised housing shortage. The Economic and Social Review, Ireland’s leading quarterly economic journal, published that households caught in the rent trap are spending as much as half their income on accommodation, with private sector renters in and around Dublin being the worst affected. The journal also revealed that those with mortgages spend less on their housing that those renting.

The new research found that homes in the private sector are twice as likely to face high costs relative to income than those with a mortgage; renters spend 33% of their income on housing compared to just 15% for those with a mortgage. The research used an international measure of affordability that considers high housing costs to be 30% or more of household income for average earners—usually around 45% of the population. In light of the current discontent, the Irish Government decided to extend rent pressure zones until 2021, where annual rent increases are capped at 4%. This cap, however, only applies to existing properties. There is further vexation due to the arrival of giant private landlords and developers who are pushing potential home buyers out of the market. For the growing number of Irish who cannot afford to buy or fail to meet stringent mortgage criteria, the private rental market is the only high-cost alternative. Currently, there is not enough available council housing to meet the demand either.

During 2018, giant corporations spent more than €1.1 billion on buying a record 2,923 housing units in Ireland—five times higher than in 2017. Dubbed ‘cuckoo funds’ because they grab up properties before individuals have a chance to purchase them, it is a frightening trend that is forcing working families and everyday people out of buying their own homes. According to research from Savills, world leading property agents, rent in Ireland is forecast to increase a further 17% over the next three years. Incited by this lucrative rental income, big investors will continue to flood the Irish property market, only adding momentum to an already never-ending cycle. Rising costs and sticky mortgage lending has created a major shift from buying to renting, and with almost no vacancy, the market has become attractive to investors. While big investors can obtain and recycle funds quickly, national anxiety is growing over what it might mean for Ireland to have this type of heavily financed housing market.

Increased supply in housing will relieve some pressure eventually, but by when is uncertain, and in the meantime, rent and burden will continue to increase. Furthermore, what new supply does enter the market is unlikely to go to first-time home buyers. The decreased number of homes going to owner occupiers together with the overall deficit in supply has caused an inflationary influence on rent.

At the end of March 2019, the United Nations special rapporteur on the right to adequate housing, Leilani Farha, wrote to the Irish Government (as well as five other countries) to raise her concerns. She accused them of facilitating investment funds to buy an excessive quantity of property through preferential tax laws and poor tenant protection. She wrote, "Almost overnight multinational private equity and asset management firms like Blackstone have become the biggest landlords in the world, purchasing thousands and thousands of units in North America, Europe, Asia and Latin America".

Downsize to up supply

Lotus Investment Group’s research survey revealed that most retirees would consider downsizing their property to save costs, however, there were some deal-breakers—a garden, staying in the same area, storage, and enough space to entertain were musts. If such criteria were met, the survey found that 78% would downsize, and 74% of those over the age of fifty-five would move to a smaller home. As Lotus Investment Group’s Chairman, David Grin, noted, “It is important for all stakeholders to realise that if downsizing is to be an attractive proposition for those whom it is targeted at, then the properties on offer would need to comply with certain criteria, as evidenced by the feedback from our survey”.

The property market is influenced by location and age, and the needs of families are different from those of empty-nesters. For example, Lotus Investment Group’s research found that only 25% of Irish aged eighteen to twenty-four would consider remaining in the same location a deal-breaker, while 36% of those over fifty-five would. The thought is that the older generation simply feels more at ease with familiar surroundings and the network they have built up. David Grin believes that while downsizing has merit, offering new inner-city apartments to retirees is pointless, as most do not have access to gardens or a large enough area for entertaining.

In an effort to address Ireland’s current housing crisis, the government released a new policy in February 2019 entitled 'Housing Options for Our Ageing Population'. Therein, they suggested that the State incentivise the relocation of retirees to “right-size or appropriately sized units”. The intention of this policy is to make bigger, family-sized homes available again to the supply-strapped Irish market. Chair of the Land Development Agency (LDA), John Moran, added that the government should encourage the move to city centre property, thereby making suburban property available to younger families with school-going children, and to reduce city property tax for retirees. As Lotus Group’s David Grin notes, the criteria sought by older people are uncomplicated. With some creative thinking and investment, it should be reasonable for the State to meet their needs, thereby making bigger properties available to the market again, and easing at least some of the current housing shortage.

Hi. Do you recommend investing with Lotus Group?