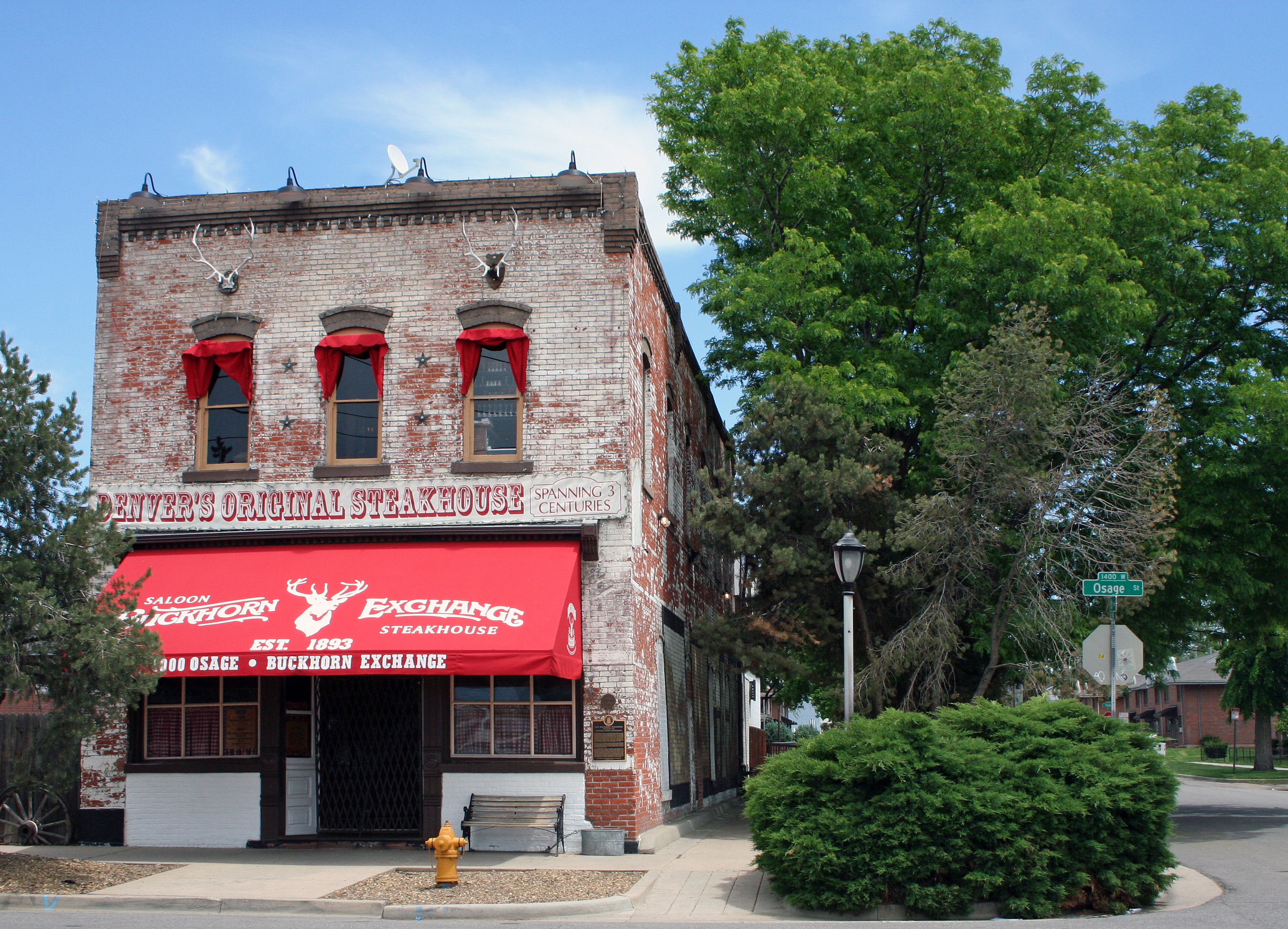 Now just entering its second century of operation the Buckhorn Exchange is the oldest Eatery to be found in Denver. This establishment was founded by a man named Henry H. "Shorty Scout" Zietz. He was a scout for Buffalo Bill and a friend of the Chief Sitting Bull and his restaurant was host to a variety of cattlemen, miners, gamblers, presidents, and buisnessmen characteristic of early Colorado. Presidents and princesses alike have eaten at this restaurant over the years and beyond being a place to share a meal it is also a piece of history.

Good morning, Will Hamm a nice piece of Denver history to share this morning....

Such a cool looking building, I know of a restaurant in my hometown that looks like this as well.  I am sure the food is delicious!

Good morning Will. This looks and sounds absolutely wonderful. If I ever make it out you way, can we go?

Looks great, maybe next time we are in Denver we can meet up there.  Wishing you a wonderful weekend.  A

Hello Will - so how is the food?  Any recipes you can interpret?

The food must be real good to still be there after a century.  Have you eaten there?

Will, this looks like a wonderful place to dine and I love the history you shared with us. Hope you have a great Sunday!

Oh, Will Hamm - Thanks for sharing this historic building and providing the background so I didn't have to look it up! Many great people have dined there or gambled or had important meetings/negotiations in this building. Perhaps a lot of romancing too!

I like how they kept the different shades of brick and didn't try to make it all one shade like in the bottom right corner of the building. I noticed the buckhorns above the windows and I'm sure that was a very prominent and influential person who suggested the red curtains on the 3 front 2nd-floor windows!

If walls could talk, I would like to hear what Chief Sitting Bull had to say and also Presidents and Princesses! This is a great blog post!!!

Good morning Will - I would really love to eat there.  I love history of the old west.

Looks like an absolutely fantastic place to have a meal, Will Hamm.  Would love to check it out some time in the future when visiting your city.  Will pass the info on to some friends we have living out your way too ... just in case they are unaware of it ... thanks!

Hello Gene Mundt,  It is a great menu if you like elk and buffalo.

Hello Brian England if you like buffalo and elk the food is good.

Hello Grant Schneider, Rattle snake, elk buffalo are some of the food on the menu.

Hello Patricia Feager, it would be interesting.

Hello James Dray,  expensive but good even the rattle snake.

Hello Michael Jacob, if you like buffalo and elk it is good, did not try the rattle snake.

Hello A and Ron, If you like wild life food it is okay.

Well Sheila Andertson it would be my honor.