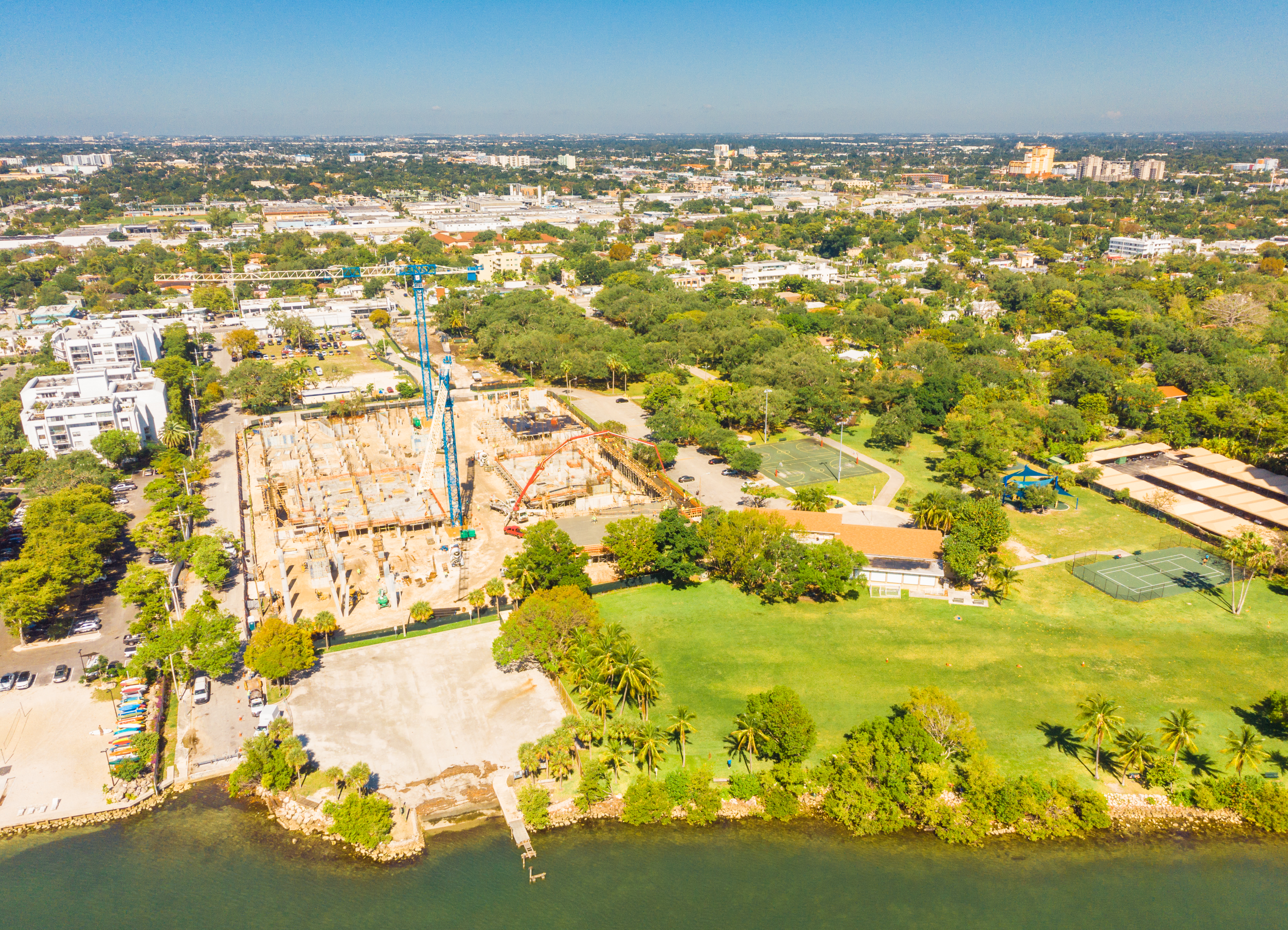 Miami is a city that depends on tourism and real estate. Yet, even with our "smart growth" inspired Miami 21 zoning code, we feel overwhelmed with the number of large scale developments in our urban core. To many of us, it seems blatantly obvious that there is a revolving door between our city officials and developers. Few developers embrace the principles of smart growth, and unless there is an organized outcry from local residents, our city officials seem all to cozy and lenient towards developers with deep pockets.

To the developers credit, developing land next to the 48-acres of green space covering Legion Park, the center of the local community, offers them considerable added value.

At the same time, the development group struck a deal with the local American Legion Post and inked a 75-year land lease for their 3.6 acres facing Biscayne Bay. As soon as the developers demolished the Legion Post 29 building in the fall of 2016, local residents started to pay attention.

According to recent press reports, the project will be completed in two phases. The first phase that broke ground in February this year, consists of the construction of 236 "market rate" rental apartments, 435 parking spaces and a 15,000 SF facility to be owned and utilized by Legion Post 29.

While there seems to be little opposition to the MiMo Apartments, there has been plenty of controversy surrounding the proposed phase two of the project dubbed "Legions West". This phase would consist of 3 mid-rise condo towers (up to 15 stories) with 457 condominiums and a 931 parking space garage and requires the city to designate the project as a Special Area Plan (SAP).

As a SAP, the developer would be exempt from the requirements under the Miami 21 zoning code. In Miami, this carve out has been successfully used with other major mixed-use developments such as Brickell City Centre, the Design District and Mana Wynwood. Given the existing height restriction of 35 feet in the MiMo district, this would be a major win for the developer.

To qualify for this exemption and receive favorable up-zoning from the city, a developer and city planners must have at least 9 acres of continuous holdings to move outside of the code. To meet the SAP criteria, ACRE GCD proposed to utilize a piece of Legion Park and in return they would make improvements to the public park. After receiving wind of the SAP plan, local residents and the MiMo Biscayne Association quickly came together to object to the project.

We need to recognize that zoning and land use regulations influence public transit, traffic congestion and home prices. Allowing ACRE GCD to utilize Legion Park to realize increased density and height allowances makes no sense given the location of the project. Our city needs to focus more on public private partnerships through which they can provide incentives for developers to build more affordable housing and increase the density near major transit centers and not in our residential neighborhoods.

Let this be a wake up call for local residents. We should all pay close attention to what is going on in our neighborhood long before any new project comes out of the ground. Read, follow and learn about new developments, and then speak up at public meetings. We need to use our collective voices to support smart growth initiatives and preserve our quality of life.