Who is to Blame?

Lenders are tightening their underwriting guidelines, requiring increased FICO scores for qualification, getting rid of sub-prime loans, but for now it is too late in the scheme. It was surprising to see that big lending companies, who have top notch financial ad visors, could not understand or foresee the after math of their creativity. It will take a while to clean up the mess created by poor underwriting guidelines. Recent actions by Freddie Mae and other institutional lenders should been taken and implicated few years back. A great number of people did not only get the teaser adjustable rate with 100% financing, interest only but also got negative amortization loans with higher margin rates. Some did not plan and others did not understand and later found out the surprising increase in the payment. A large number of borrowers knew what they were getting into but never thought that this market could change and they could end up side down in their finances.

Stated income is another name for deceptive lending practice that was knowingly allowed by lenders. Borrowers with 100% financing took their chances, became a part of this deception based upon the desire to own a house, or a bigger house. These were the guidelines with loop holes created by the banks and the big institutional lenders who lowered their underwriting standards and allowed the borrowers to sink in the debt..  Loan officers and borrows both became a part of it as well. Lenders knew that borrowers were having trouble with the amount of monthly payment and had to go for interest only adjustable with 100% financing. But they failed to see after effects of their lending practices and its affect on borrower facing significant jump in payment within one, two or three years unless these borrowers were expected to have an additional income by big promotion or addition family member pitching in for the payments other than hitting a jackpot.

Initially, refinancing was done to get a lower rate especially by the home owners who bought during higher interest rate period. But later refinancing became a fashion, people took money out of their house to fulfill the demand of their life style and became house poor. As the prices went up they were able to take out more money and live rich.. All the money that was taken as home equity line of credit funneled back into the system giving a boost to the economy and creating more jobs. This is one reason that we are hearing about sub-prime mortgage saga also threatening prime market.

Now take a look at 80-20 loan of 100% financed mortgage, when borrower fails to make the payment the first looser is going to be the 2nd lender. This could cause a 20% loss in the market value because 1st will not allow any payment to the 2nd  until their money is paid. Mortgage companies who carries the 2nd has a very poor case of foreclosing and even if they do second would have to pay the 1st to be the owner of the property that is already not worth same as it was last year or a year before. These 2nd mortgage companies possibly don't have the capability to do so either due to their own financial troubles. This is where investors have to either step in or loose on the loan they bought from these lenders.

Internet had a great role in creating a desire to buy a house for any one who could find some kind of financing creating a demand and increase in price. It is also going to have great role in slowing down the market, creating an increased level of discomfort to buy immediately as word goes out there much faster than 1990's. Day after day we are hearing about demise of one sub-prime lender after the others. Some big names are going bankrupt or closing their doors. These companies made money and flourish when prime rate was bottom low. Foreclosure rate is up already even though it is not as bad as 1990's. But think about all of late payment borrower, causing these lending companies and banks to sink, when these enter into the default period, situation can get ugly for the real estate market.

In recent years real estate related jobs made 52 percent of total job growth in last five years according to Orange county Register. Down turn in lending when empty people pockets, preventing them form remodeling, effecting builders to cut down their production of new homes hence affecting the construction side of real estate job market. Slower sales could affect the Realtors, loan officers and brokerages further deepening its effect on the jobs depending upon this industry.

Some may argue about the recent upward trend in sales and shrinking inventories in Orange County, California and having great job growth in 2006. Some borrowers are rushing to buy while they can qualify for sub-prime loan before it becomes obsolete. All the action in the financial market has not shown its significant effects on the consumer side up until now. Don't forget that market yet have not hit the prime listing season for 2007. As lenders are starting to tighten their underwriting guide lines, it will further shrink the number of qualified buyers in the real estate market that may not help to absorb the upcoming inventory. All of the above are indicators to the sluggish sales and a downward trend on the price for 2008. 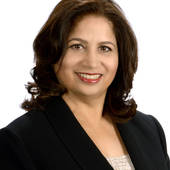