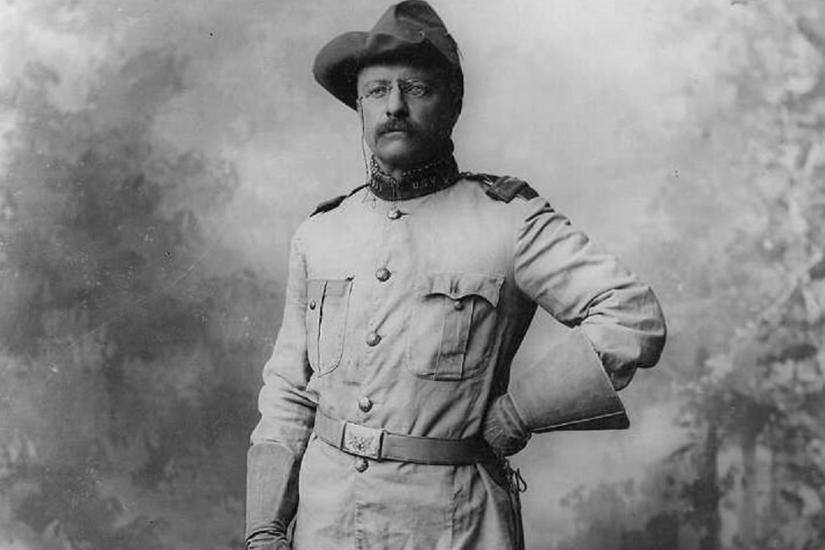 Last time I shared some of the history surrounding Colorado's oldest eatery the Buckhorn Exchange. The history surrounding the owner of this establishment is almost as rich and varied as the restuarant he ran. Henry H. "Shorty Scout" Zietz once led President Theodore Roosevelt and his party on an antelope and buffalo hunt. As a frequent visitor to these parts since boyhood the president considered Shorty to be one of the best guides he'd ever had. He and the President had such a bond that Shorty even played a trick on him during their hunt. One morning they killed a bear and arranged it in a tree, making it look as though it was alive and trapped. They told Teddy that the dogs had trapped a bear in a tree for him, he came running and fired away not yet realizing the truth. When he figured out what they'd done they all laughed, the President loudest of all. When the venture was over the president gifted Mr. Zietz with a Roosevelt medal and a personal letter of appreciation.

Good morning Will - I really love history of the old west and Teddy Roosevelt.

I loved this story Will Hamm - Thank you for sharing it.

I tell many of my customers and clients about a story when Teddy Roosevelt was identifying National Parks.  He got to the Grand Canyon and there was an emergency in DC that made him take a train back from Flagstaff.  Had he gone just one hour south (which was on his agenda), he probably would have declared Oak Creek Canyon and Sedona either a National Park or Monument.

Because he didn't Sedona is what it is today!

HelloWill - thank you for sharing more of the rich history in your area.

Looks like you took a page out of the book that James Dray writes, I really enjoyed learning about this man and the buckhorn exchange!

If you haven't noticed yet, I love history.  This is a good one, thanks

That is one way to get a medal...had to be some lifting exercise with that kind of "dead weight."