Now that I am working in the greater Orlando area, I can see why people love living here. There is so much to do and see and the real estate market is very strong.

Not only has the Orlando region grown by 20 percent in population, it is rated top for job growth in four consecutive years, according to the Bureau of Labor Statistics.   There are infrastructure projects underway worth $10 billion and nearly a billion in downtown development.  In the face of all this growth, Orlando also has the third greatest rental shortage in the country, following Las Vegas and Orlando.

You can see multiple midrise condo/apartment projects under construction in all directions, similar to Miami's boom just before the last recession.  These are projected to fill faster due to certain growth projections, however.

In March of 2018 Professional Builder magazine claimed that Orlando was one of the top five first-time buyer-friendly cities in the country.  The average price of a home last year in March was between $169,300 and $186, 800.  (The house below, designed by John Henry, is a 14,000 SF French custom home built on the northwest part of Orlando on Lake Brantley) According to Realtor the Orlando-Kissimmee-Sanford metro area has a 3.6 month supply of housing, an 11% year to year increase.

And what makes Orlando so attractive to home buyers?  Let me count the ways.

1. Great neighborhoods with large oaks and shaded trees close in.  I am talking about Maitland and Winter Park.  Pedestrian friendly and Euro minded. 3. Flip flop weather nearly all year round.  Beaches east and west within 1.5 to 2.25 hours!  Sand, sun, and fun.  Lakes everywhere.  Swimming pools in most back yards.

5. Disney, Universal Studios, and Sea World and a host of tourist attractions outside the mainline parks: the largest Ferris wheel in the South, Ripley's, shopping malls, discount centers, etc.

6. A booming economy based on service industries. Orlando adds 1,000 new jobs a week and has an unemployment rate of 3.3 percent, lower than any other Florida city.

7. Housing construction is through the roof, led primarily by multi-family.  One of the highest rates of construction in the nation.  There is a strong luxury home market as well with creative designs ranging from Modern/contemporary to traditional Mediterranean styles.

9.  8 hours drive from Atlanta, 3.5 to Miami, and direct flights to Europe, Central and South America via the Orlando International Airport.  In two and a half hours you can be in Tampa on the Gulf Coast.  Bleached white beaches, a restaurant on nearly every city block, a boating and sun-soaked playground. My favorite area in the Orlando metro is Winter Park.  Winter Park is noted for shady roads and nice houses, a lake environment, boutique shopping and restaurants, brick streets, and a central park that is people-centered.  There is a Tiffany art museum which has amazing treasures of the era.  You can take in a tour of the lakes from a launch just a few blocks east of Park Avenue.  On one side of the street is a park and a metro rail line.  (You can take the local commuter line or board AmTrak and go north and south or southwest to any destination in the U.S.). The other side has restaurants and boutique stores.  Further south the street ends at Rollins College, a private university.  Flower pots dot the sidewalks.  For people watching, it can't be beaten.  For a variety of culinary offerings, it is superb.  For the Euro cafe lifestyle, it is perfect.  Sunny umbrellas and outdoor seating offer French, Italian, Latino, Americana, and even Turkish fare. East and north of this area are Orlando's and Winter Park's high-end home neighborhoods which are constantly undergoing remodeling, tear downs, and rebuilds.  There are no gated communities here.  Further north, west, and southeast are the three high-end luxury home communities: Alaqua, Isleworth, and Lake Nona.  Each has a private golf course.

There you have it!

Beautiful European and American classical period luxury homes and plans created by premier residential Architect John Henry has been a passion now for over 30 years.  Inspired by old world archaeology and medieval to Renaissance architecture -- and having lived in Europe and the Middle East-- John Henry is widely known for the romantic and period details that make his work breathe a certain soul and drama. Striving for world-class results, his award-winning work reflects the details and proportions of luxury real estate plans in historical European and American traditional styles. Attention to detail and continuity mean that the architectural interiors should also be integrated properly. Now that I am working in Orlando every day, I can certainly see why so many people love living here.  There is so much to do and the real estate market is definitely very strong.  Love Winter Park too, one of my favorite areas.

Thank you Joyce.  Hope to meet up one day in Winter Park at Croissant Gourmet.

Nice reblog on John Henry 's post.  I was thinking of you, and I see you have made changes.  A

Wow Joyce, I can see why you are working everyday in your area.  Hope you take a day off a week.

I've never been to Orlando - it certainly sounds like a beautiful place to live and work! 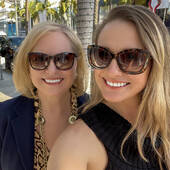