Irvine Cove is located in the northernmost end of Laguna Beach. Irvine Cove is a 24-hour guard-gated oceanfront enclave of about 110 homes. The community is broken up into three different areas. Irvine Cove Crest is on the east side of the communtiy (non--oceanside); Irvine Cove (oceanside) and Abalone Point (oceanside - north end). The original homes were built in the 60's, so there is still a mid-century architectural flair that resonates throughout the community.

Homes in Irvine Cove typically range from $5 million dollars and up to $60 million dollars with the majority of them being single level homes which take in the great ocean views. Irvine Cove homes have some of the most spectacular views of the ocean and have a neighborhood park in the middle of the community with limited access to only residents and guests of the Irvine Cove. The most coveted properties are the five "front row" homes that sit right above the beach.

The Cove is named after James Irvine I, founder of the Irivne Ranch, which once occupied more than 110,000 acres of prime Orange County real estate. Many of the Irvine family descendants grew up on the beach at Irvine Cove and some still call it home today. However, in 1958 , Irvine Cove went from being a family compound to an exclusive beachside neighborhood. Today it is home to many of the area's most influential business leaders, philanthropists, doctors, successful entrepeneurs, and real estate developers.

Below is a link to current Irvine Cove homes for sale. Please contact me at 949-422-1636 with any questions and to learn more about any of the homes listed for sale here. 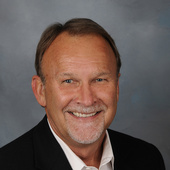