In the Words of Davy Crockett after losing his US Congress bid for Tennessee.  "You may all go to hell and I will go to Texas".  Texas is one of the top States that people are relocating today.  So I hope this article is helpful to those who planning the move.

In a perfect world, every neighborhood would resemble Mayberry. Everyone would know each other by name and your next-door neighbor’s yard would always look as manicured as your own. Unfortunately, there’s no such thing as a perfect neighborhood and every zip code has its own pros and cons. Still, there’s nothing worse than having home buyer’s remorse just because of your neighborhood. You might love a house, but if it’s in a problematic area, it could affect everything from resale value to the way you live your daily life. If you’re relocating, protect yourself by watching for the red flags that could warn you something’s not right.

A mass exodus should be a red flag. Image: romakoma/Shutterstock

Red flag #1: Too much inventory

Having a lot of homes to choose from helps drive down prices. Great for a buyer, right? Actually, it depends. Having a lot of inventory might mean cheaper homes, but it could also mean there’s something causing homeowners to want to leave. It could be the area, but it could also be the homes. Consider some of these reasons a lot of homes might be on the market at once.  Sometimes it's just coincidence!

You can tell a lot about a neighborhood by asking a few questions about the nearest schools before relocating. Since schools are typically a reflection of a neighborhood and its attitude toward public services, a shrinking school could be a total red flag. On one hand, it might simply be the result of an aging population. Keep in mind that if you have kids, that means fewer playmates. On the other hand, if the local school is enrolling fewer kids, it might be that parents are opting to utilize private, home or charter schools instead. A less-than-stellar school should give you pause, whether you have kids or not.

Not sure about schools? Check for online ratings for schools in the area or seek out community social media pages where you can ask current and past residents about the specifics.  https://greatschools.org is a great link to check on school ratings.

It’s no secret that poorly maintained homes equate to a poorly maintained neighborhood, but the issues are more than skin deep. Homes that are left in disrepair and poorly maintained yards tell you something about the level of pride in a neighborhood. When homeowners are proud of their area, they want to ensure their properties do the neighborhood justice. Homeowners that are happy in their area are more likely to keep their homes and gardens looking neat as a tribute to the location. It doesn’t matter if the average home is 1,500 square feet or 15,000 square feet: well-maintained properties are a community effort. If you notice that most homes are in disrepair, steer clear.

Hey, every street has a few cracks and potholes and it shouldn’t be held against your dream home. But when a city or town is lagging in public services, it could be a red flag signaling you to look elsewhere. Look beyond the other houses and your potential property. Does it look like the city takes pride in upkeep and services? Streets that are badly maintained don’t just make for a bumpy drive.  Sometimes, it can even mean that the city is neglecting a neighborhood. When you’re at the mercy of city services, it’s important to assess a neighborhood on that level to ensure you’d be getting what you need — when you need it.

A lack of people could mean a dangerous neighborhood. Image: Stephanie A Sellers/Shutterstock

When you drive through a potential neighborhood, what do you see? If it seems like there aren’t a lot of people out and about, it could be more than just residents who value their privacy. People might limit how much time they spend outside — especially in their front yards — when neighborhoods are unsafe. A lack of kids playing and residents on their porches or even doing yard work should be a red flag that residents don’t feel safe spending time around each other. Sure, you might prefer privacy, but even if you’re not really into community events, you still want to feel safe in your new neighborhood. You can benefit from a safe community by looking for areas where residents spend time around each other, even if they aren’t directly interacting.

When relocating to a new area, you’re definitely focused on a house that can become a home for you. But don’t forget that a large part of the way you live is where you live. A neighborhood might seem innocuous, but some investigation is always needed. While one red flag might be no big deal, a slew of issues could seriously affect your day-to-day. Make sure that a community is safe and civil before you consider relocating and you’ll love your new home that much more.

I hope this helpful and I've been a long time resident of Fort Worth and Tarrant County so I will be happy to answer any questions or concerns about the area, traffic flow, and schools.  Give me a call Donnie keller 817-932-4900 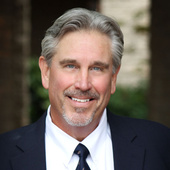 Home Selling over 2 years ago
bookmark_borderbookmark
What Happens If A Seller Receives A Copy Of The Bu...
View more Recent Posts   arrow_forwards