I was in Europe recently and stayed at the cutest French flat in the South of France. It made me so happy that I started to think about what I wanted my future home to have.

One of the things I loved most while staying in Germany was how they designed homes with windows that pull downward and outward from the top. The place I stayed at had bathroom windows that were glazed so people couldn't see through it. When you open the windows, it only opens from the top portion. This allowed windows to be opened during showers without worrying about people seeing through. It was such a smart design touch because it eliminated the need for an air blower to help with the steam during showers. I definitely want bathroom windows designed this way for my future home!

For heating during the cold winter months, I prefer the South Korean way. I was in South Korea during the autumn when the weather was turning cold, and it amazed me how well-insulated Korean homes were. It would be freezing and windy outside, but the moment I stepped into my apartment, it was warm without heating. When heating was needed, all I had to do was turn on the floor heater, and the entire apartment would be heated from the ground up. This is an excellent way of preserving heat because heat tends to dissipate as it arises. It also makes for a very cozy floor that you can spread some bedding onto and enjoy a warm nap. Or just to sit there with a cup of hot tea on a cold winter day.

The flat I stayed at in the South of France had windows throughout the apartment to let in that gorgeous French Riviera sunshine. My future home will have a lot of windows to invite the sunlight in. Of course, this means I will have to live somewhere with great sunlight. No dreary days, please!

What I loved most about Japan were the clean toilets that had special amenities such as music, seat heating, and bidet. I actually prefer the bum guns of South East Asia because they offer more control in aiming and cleansing. But the heated toilet seats were a dream on cold mornings or midnight restroom runs!

I have no idea which country to credit with smart use of space design, but it could belong to cultures with a high-density population such as Japan. My dream home would include rooms that are designed in a coherent way with an emphasis on creating open spaces where possible. The wall separating the kitchen from the living room would have an opening carved through it and the opening could be a mini bar area to connect guests from the living room to the kitchen.

I would also have lots of plants inside and outside the home. It just feels more alive to have greenery dispersed throughout the interior, aside from obvious health benefits such as the plants' ability to suck up the carbon dioxide in the rooms.

As I think of more things I'd want to include in my dream home, I'll include them here. What about you? What is your dream home like?

Sounds like a wonderful home. I hope you design it one day soon.

Welcome to ActiveRain. I'd love to see what the German Windows look like. Maybe add a picture of it to your blog.

Thank you for the welcome! I'll see if there are any pictures of German windows.

Just reading this makes me feel like I've travelled around the world. Sounds like you've got the right plan for your dream home. Make it happen!

I definitely plan to!

Nice job on your first post!
Welcome to ActiveRain, I hope that your participation here helps your business to grow.
Btw, I followed your blog, and would be honored if you followed mine.
Thank You!

Victorine Vien welcome to ActiveRain, and congratulations on successfully posting your first blog on this site.

Victorian, great information about your dream home, and keep the blogs coming. 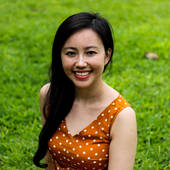