It was one of those listing appointments you could tell was going to be a struggle when it came to price. I had already asked the seller what they thought their home's value was, and it was about 10% higher than my CMA was suggesting. They had a nice home, though, tastefully decorated with some value-added upgrades including an overdone but succulent master bathroom for that neighborhood and age/style of home.

We started on the market at $419,900 about $20,000 higher than I would have liked but I had helped them see that a higher price than even that would be counterproductive. The wife was very initiated and did a lot of research online, and she often had suggestions for me which we talked about. Some I incorporated, some I didn't. She even took the initiative and printed some postcards to mail to a target area she felt would be good to send to.

The first offer came in around $380,000, and after some negotiating they all settled in at $400,000, and I thought, "This is very good!" Then the appraiser came and did his thing. When the selling agent came back a couple days after the appraisal with a $375,000, I thought, "I don't think I was that far off." I realize appraising can be an art, but this one was out there. Well, the long and the short of it is that the sellers wouldn't come down, and the buyers (despite having put more than 20% down for the loan), wouldn't come up a dime. No Deal! And three days later, the competition was under contract for the same price with the same settlement date (I called the agent...it was the same buyers).

Back on the market. The sellers wanted to have an independant appraisal, so I put them in contact with an appraiser my broker had used before. End result, $385,000. They were disappointed but refused to lower the price significantly. I was recommending $399,900, tops. Well, we were back on with a $10,000 reduction to $409,900 for about three weeks when we took another offer. After some short negotiations, again we were in a contract for $400,000.

Needless to say, we were all anxious about the appraisal. Even the new buyers were anxious because they had the same thing happen to them on their previous contract. The seller said she had heard that when the listing agent accompanies the appraiser on the appraisal that it could make a difference and she suggested I go. I had never gone to an appraisal before and was (admittedly) a little indignant. But I put on my best service face and fixed my attitude and met the appraiser with the husband bright and early for the appraisal.

The husband had the coffee ready and the muffins warm! So we met the appraiser, we schmoozed, we

asked him about his family, and we showed him into every nook and cranny of that house. We showed him the upgraded fixtures, the island with the granite counter, the ceramic tile, and we even showed him the fantastic storage crawl space under the living room. It was impressive and shameless all at once!

Then the appraised value came in...unofficially. $400,000! I couldn't believe it. It was unofficial because the appraiser didn't dot an "i" somewhere, but it was a done deal. I really learned something in that experience...well two somethings. First, I can learn from a seller or client who isn't in the business but thinks they have the best strategies (BTW, these were VERY likeable people, I really enjoyed working with them). Second, at least with one data point in hand, it appears the appraisal may be affected by a little warm welcoming and attention. If I ever feel the appraisal may be an issue, I'll have to try it again!

This is a very good post.  We are having a few issues with appraisals in our area also.

Like
#1
Patricia Aulson
BERKSHIRE HATHAWAY HOME SERVICES Verani Realty NH Real Estate - Exeter, NH
Realtor - Portsmouth NH Homes-Hampton NH Homes
You need to be on top of the appraisal for sure. Especially when the appraisor is from a different area the REALTOR needs to go in with comps that reflect the neighborhood , town and house. Patricia4realestate Hampton NH Real Estate
Like
Angelia Garcia
Pure Realtors - Dallas, TX

That is unheard of. I'm glad it worked out.

Welcome to Active Rain and congrats on your first post! The opportunities to learn and network are incredible here. Best of luck to ya!

I just stopped by to welcome you to Active Rain. I hope that you find it a great benefit to your business and that you see the value that I have also found here. I am from Charlottesville Virginia and using Active Rain has really increased my business!

My main blog on Active Rain is here: Charlottesville Real Estate Blog, not the link at the bottom of this post.

I hope you will look into the many groups as there are some great group both local and broad based,.... 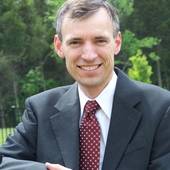 over 13 years ago
bookmark_borderbookmark
I COULD BE WRONG, BUT...
View more Recent Posts   arrow_forwards