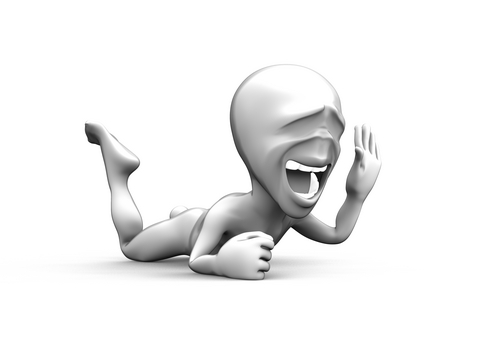 HOUSES WITH BLUE BATHROOMS AND MORE...

Now, here is an example of what one of the biggest issues we have with Z, is all about:  "Homes with Blue Bathrooms Sell For More?". Not to insinuate that Z is an appraisal company, of course--but what can you think when they come up with their ridiculous Zestimates??? Where do they get the data that gives them insight to price properties??? This post may address those questions:

This interesting statistic comes from a press release written by Zillow to reflect their statistics claiming that they found that "houses with blue bathrooms get $5,400 more than others, the highest sales premium of all colors analyzed".  This statistic apparently came from a press release sent to Jonathan Miller of Miller Samuel, Inc.,  about a color analysis from 2017.

There were pictures of Tim Geitner's home in 2009, where his house was listed with Zillow but did not sell---Geitner yanked it from the site after there was a joke about the blue bathroom on The Daily Show...Of course, this was during the last housing downturn in 2009 when Geitner was the Treasury Secretary in a very slow economy.

According to a quote from Jonathan Miller of Miller Samuels, Inc.:  "Like the Zestimate’s results that are presented to the nearest dollar, this type of presentation infers a market precision that does not exist. Labeled as “disrupters,” I think Zillow’s concept of “aggressively marketing an accuracy that is non-existent” is one of the biggest challenges facing real estate appraisers and brokers and in turn, the consumers. Numbers can be magic, especially when presented in an econ-sounding way. The consumer absorbs the results as gospel without challenge."

The humor may be lost on this, especially with the current antics of a company like Z who's sole purpose seems to be to disrupt the brokerage business right now.

They are obviously not expert at any of the "things" of real estate, its pricing and all its associated trades such as appraisals!!

Groups:
Active Rain Newbies
Almost Anything Goes
Out Of The Box!
Realtors®
Addicted to Active Rain

Tags:
the real problem with zestimates
how to price properties
blue bathrooms

Paula, I loved this post and I so remember what a fool Tim Geitner was)) he was talking crap but could not sell his own home:))Endre

p.s.: where is he now? surprised he is not writing a book like all other fools...

Hi Paula - this is really so funny but there are people that will hang on this information.

"The consumer absorbs the results as gospel without challenge." This quote from Jonathan Miller of Miller Samuels, Inc.:  really is the bottom line when it comes to the whole Zillow controversy.

Hi Endre: You are so funny! He was a bit of a fool, now that I look back--And he thought his Blue Bath should have been a winner!! The Height of Narcissism! I think he did write a book but it was not a hit....much like his blue bathroom!

Hi Grant: Hang? I wouldn't go so far as to say they will "hang" but they certainly bought into it! Basically, because they don't know how to respond to such idiocy! That's the way I see it...who can challenge this? Pantone? Maybe they would have something to say...LOL.

Hi Jill: Jonathan is really something, isn't he. You may have heard he has taken on the whole idea of who has the right to "appraise" a property and who does not. There is a new law here in New York that was just passed that states, in effect, that unless you are a licensed Appraiser or a licensed agent/broker you can't give an opinion of worth on a property..We will see if the law sticks.

That is very interesting.  I would appreciate some follow up on where this is going and how it turns out.

Crazy! I agree with Kathy, scratching my head here.

Hi Sharon--Me too! It never gets boring though when you read it--the humor is literally falling out of the press release as they talk about the Blue Bathrooms as if that is actually a common color!! I think we are in a time warp and this crazyness is actually being perpetrated by a company who is trying to destroy brokerage!! In fact, they are merely showing their complete and total ignorance...They talk as if this is a fashion show or something just as off the mark! Thanks for reading and commenting...

We will never know where the comment came from, possibly someone sitting in the "bull pen" or whatever it is called where "writers" scroll the Internet for something to post.  They are not looking for a bonafide article written by someone of authority in the industry, but just something to throw out for the quota of contributing something for the day.  Isn't there an old saying that negative publicity is still publicity?

That is insane. It's sad that an uninformed public has been led to believe that Z is the ultimate authority.

Crazy times!  Who could have imagined a decade ago that an algorithm would be trying to take over the real estate arena!

Hi Susan: Well, the press report that is a link above, in my post says that it came out in 2017 but the story behind the "Blue Bathroom" is an old one--from 2008, I believe. That is when Timothy Geitner, who's house was listed on Zillow with photos of his Blue Bathroom, pulled his home off their website because someone on the Daily Show poked fun and made a joke about it! That's about it--the bigger shock to me is that Z actually published a press release showing stats and "proof" that houses with blue baths get $5.4mil more than any other color! It is nothing short of insane that they actually think you can count sold houses and use bathroom colors as a statistic that affects pricing!

Hi Marte: You can say that again--to me, it is sum and substance of just how in over their heads they really are! The housing market will never be the same--and I just read where Redfin and Zillow have partnered up in 4 selling areas!! So, it is just a matter of time now...

Hi Myrl: It's AI--artificial intelligence being used as a wedge between two humans--the seller and the buyer--under the guise that those platforms are really improving the service that the public gets!! Somehow, I can hear Hal, the computer AI from Stanley Kubrick's film, "2001 Space Odyssey", in here somewhere, as he says to the owner of Zillow: "Rich, I know I've made some very bad decisions lately." as he takes over the running of the space ship...

Well this was pretty entertaining, and as with so much I read about Z I am left shaking my head in wonderment, with a taste of dubiousness. Will we now start seeing more blue bathrooms?

Hi Jeff: I haven't and I am sure that this was done by some AI --this study sounds so otherworldly to me....like from another planet! Apparently, there was no embarrassment on the part of Z as people began to make fun of the report. This was a press release from 2017 so if there was a "Blue Bathroom" surge, we all would have at least heard about it! LOL Thanks for reading and commenting, Jeff!

Paula, who knows where they come up with this stuff. It's just something that makes people stop and read what they're writing. And, maybe blue bathrooms were selling because that was the Pantone color of the year? Or maybe HGTV featured a lot of blue bathrooms? Next year yellow bathrooms might be selling because that's the hot color of the year. Who knows? People change their preferences like they change clothes.

Hi Carla: The funny thing is that they actually did a study--using the photos that agents paid for and put on their websites and Z took those photos from properties sold and looked at the sales, by room, by color!!! they then looked at the price the property sold for and actually used the stats  (read the link on the post--first paragraph) You won't believe what they were using to validate their theory!!If it weren't so pathetic it would be laughable!

It's just click bait, and they know how to work it.

Hi Georgie: You can say that again, and that is all it is. The worse thing about it is, they don't give a crap that this kind of information may influence a homeowner to paint their bathrooms blue or worse even, they may send out a message that unless your bathroom is blue you are going to sit with that house! Meanwhile, I wonder how many buyers ran out to buy a house with a blue bathroom! Stupid on the part of a company who has such influence. All I can say is: This won't last long if they keep up the horses-ass kind of data offerings!