Do you  think that the President just pushed us over the edge? That we are going “crash and burn?” Why else all the hysteria on the nightly news and the plunge in the stock market?

But, the truth is that the Chinese Communist Party and the People’s Liberation Army (PLA) only understand strength. Anything less and they will believe that they won.

China has been “interfering” in our electoral process by “punishing” farmers, hoping that that will cause Trump to back down.

The Chinese are listening to the NEVER TRUMPERS, the elitists of the coastal establishment, and the lobbyists on “K” Street. They are making a tragic mistake.

We are strong. We can take the hit. We know that a few soybean farmers might be suffering, but thousands of formerly unemployed factory workers are rejoicing at the strength of our president. And we can give some assistance to the farmers that have been hurt by these nasty Chinese communists.

What the Chinese masters don’t realize is that tariffs cause manufacturers to reassess their decision to locate their supply chain in China. Maybe they will relocate to S.E. Asia, or maybe to Mexico, or even back into the U.S.

They shouldn’t even try to retaliate because they can ONLY LOSE with that strategy. They aren’t as smart as we’ve been told.

Think about it. They are communists. They believe in central planning. They keep their people in virtual chains. The people own NOTHING. And the government “rules” every aspect of their daily lives. Would you want to live under the control of a communist government?

China will not only lose this “war,” but they will lose everything that they think that they have already won.

CHINA 2025 is a pipe dream. They can forget all about it.

This cold war with China is very important. The Generals and Admirals of the PLA are pushing for a “hot” war. We need to nip this in the bud.

The Chinese economy is very fragile. If we stop buying everything from China, they will crash and burn. It is that simple.

If they stop buying from us, it is NO BIG DEAL. It is only a few billion dollars, but the five hundred billion dollars that we buy from China can be easily replaced by domestic products. Maybe the prices at Walmart will go up a little bit, but overall, we will all have more money to spend so we won’t even feel it.

As John F. Kennedy said during his campaign against Nixon, “A rising tide lifts all boats.” It was true then, and it is true today.

As our economy grows, we are all better off.  Everybody wins, not just the ONE PERCENT. The  policies of the Democrats, the Business Roundtable, and Wall Street benefitted the ONE PERCENT, but the policies of President Donald J. Trump is benefitting the rest of us.

It did my heart good to see and hear my fellow Realtors at  the NAR Legislative Conference chant “USA…USA…USA.” I was a  little concerned, but now I am relieved. Good for you.

P.S. I have already  stopped buying anything “Made in China,” Maybe you could do the same.

Bill I remember my father bitching 50 years ago how crooked and unethical the Chinese Government was.... now someone is standing up against them... how about that...Endre

Good morning, Bill... it's about time someone stood up to the Chinese. They've been stealing from us for decades. I'm of the school of thought that at the end of the day they have more to lose than we do. These days it seems impossible to buy just about anything that wasn't made in China... but increasingly I'm checking labels and avoiding made in China things as much as possible. I'm happy to pay a bit more for made in USA.

Great post, Bill Roberts and I agree with your points made. Trump 2020! Let the Chinese choke on their garbage

Hi Endre Barath, Jr. It is a shame they didn't listen to your Dad. But we are on the right track now.

Hi Nina Hollander "Made in USA" is definitely worth a premium, but the truth is as more people are put back to work, we will ALL benefit.

And yes, I hope they choke on their garbage as well.

Hi Bill... your point is very well taken... we wil all benefit if more things are made in the USA.... at the end of the day, it's about more than what we pay for something.

Yes Nina, The FREE TRADERS want us to think that it is better to have things made  where they have "comparative advantage." The problem with that "theory" is that it doesn't account for dislocations (putting people out of work).

We have suffered for more than 30 years with the owners of factories moving to lower cost areas and then selling their "cheaper" products to us at a high  price. PThey thought that we wouldn't figure it out.

We finally have a leader that will and does stand up to the chinese. He is doing exactly as he should and we will love the results.

Thanks Mike Frazier Obviously I agree with you. 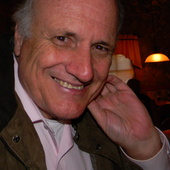