There are certain cities in the U.S. that are designed for tourism and Orlando is one of those. Disney World opened in 1971 and since then the area has been a magnet for other types of fun amusement parks. Today, the city is still growing by leaps and bounds. It is now home to many world famous resorts and amusement parks. For years now, Orlando has been known as the “Theme Park Capital of the World.”

This is perhaps the most iconic theme park in the area and the granddaddy of them all. Today it covers 25,000 acres and includes Epcot Center, Disney-MGM Studios, Magic Kingdom, resorts, spas and even a Polynesian Villa. As the years have rolled by, this Disney Park has tried to stay up with pop culture. In 2016, they built World of Avatar, then in 2018, they built Toy Story Land. At the moment, they’re working on a Star Wars themed resort and studio tour. There’s a Disney Wedding Pavilion where guests can get married. Each Christmas, Disney hosts a spectacular Winter Wonderland complete with shows, rides, characters and parades. There’s always something fun and amazing going on at any Disney theme park.

Seaworld is consistently voted a favorite place to visit by tourists. They feature some incredible sea life with spectacular shows performed live daily. You can watch seals, porpoises and even whales performing in unique acts with trainers. You can also get up close and personal at Discovery Cove where you can swim with dolphins. This theme park has plenty of rides as well. There’s a roller coaster and many other exciting amusement park rides. Seaworld gets involved with animal rights and often rescues sea life that are in distress or have been abused. Their mission for the last 50 years has been linked to wildlife conservation and the protection of sea life habitats. In addition to the one in Orlando, there’s a Seaworld located in San Antonio and San Diego.

This expansive theme park and resort was visited by 21 million people in 2017. It’s one of the most highly sought places on earth for tourists. Universal Orlando is made up of two main theme parks, a water park and lots of hotels and resorts. Among the hotels there are six Loews Hotels and a Hard Rock Hotel. Many of the resorts and hotels are famous in their own right, such as Cabana Bay Beach Resort, Loews Sapphire Falls, and Aventura Hotel.

One of the main attractions at Universal is The Wizarding World of Harry Potter. Universal Parks & Resorts has developed an entire Harry Potter theme park franchise based on the R.K. Rowlings’ books and the films. These Wizarding World of Harry Potter theme parks include iconic places like Hogwarts Express, where tourists can ride a full-scale replica of the film’s train. The park also recreates places like Hogwarts School of Witchcraft and Wizardy. Some of the rides are named for various places or events in the film series including Forbidden Journey, Flight of the Hippogriff, and Hogsmeade.

The shops and restaurants are also named for well-known Harry Potter places like Dervish, Honeydukes and the Three Brooksticks. Fans of the Harry Potter books seem to love escaping into this world of magic and wizardy. The shows, characters and parades are all Harry Potter themed with larger-than-life characters that visitors can interact with. Each year, the park adds new and fun adventures such as their new roller coaster ride, Hagrid’s Magical Creatures Motorbike Adventure.

Thinking About Moving to the Area?

Orlando has beautiful sunny weather year round. It rarely gets below 60 degrees or goes above 90 degrees which makes it perfect for outdoor activities. Many people often retire in Florida due to the amazing weather conditions. Orlando remains Florids’s #2 destination of choice for international homebuyers according to the National Association of Realtors 2018 Profile of International Residential Real Estate Activity in Florida. In fact, of the 16 best real estate locations in America in terms of good investment properties, 10 of those are located in Florida. Orlando is the number one best spot in America to invest in. That means you will turn a tidy profit on any property you purchase there. Though it may seem expensive at first, investors love to buy real estate and turn it around within a few years for a big profit. That makes Orlando a favorite place to buy and sell. If you’d like to move your family to the Orlando area and settle down, there are there are so many communities that offers single family homes, townhomes and condos for sale.

One of the preferred destinations to live in Orlando is Lake Nona known as the community of and for the future where aspirations and realities merge in collaborative innovation. Orlando it’s not about what has happened, but what is happening. Where better opportunities are being created for generations to come. Other preffered communities include Hunters Creek, Celebration, Horizon West and Downtown Orlando. The median home price range as of March 2019 was $235,000.

For available homes for sale in the Orlando metro area, contact us or visit www.flpropertysource.com

Orlando is well-known for its eclectic night life. One of the most trendy bars is IceBar, which features the largest permanent ice bar in the world. There are over 70 tons of ice making up actual tables, bars, sculptures, and light fixtures. EVE Orlando is another popular night club that draws important VIP events from around the country. They often showcase the best singing talent, along with live shows and concerts.

Mango Tropical Café boasts the best dinner show in Orlando. Many of the shows are okay for the whole family. There are separate lounge areas such as the Voudou Room where adults can enjoy the familiar night club atmosphere. You can reserve some of these rooms for special events like birthday parties, anniversaries and bachelor parties.

Lots More to See & Do in Orlando There’s so much more you could say about Orlando. There’s a never-ending stream of fun, exciting things to do there. Though some of it is expensive, there are lots of low-cost options if you just look around a bit. Though the area has thousands of large and small hotels, you can find an affordable room here and there but be sure to make reservations ahead of time. 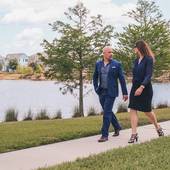