After 24 years of living in an attached home, Tammy and Ken decided that it was time for them to make the huge decision to sell the place were they had raised their children and do something they had dreamed about for a very long time.

They contacted me the end of February and we met to discuss listing their home.  After offering some recommendations, they started working to make their home 'showing ready.'

During that time, we met with a builder and looked at a home that was under construction to be completed within 2 months.  Tammy and Ken fell in love with the layout of the home and especially with the 2+ acre private wooded lot.  They knew that they had found the home of their dreams!  So, on that cold day in early March, they made the decision to write a contract of this home contingent upon the sale of their current home.

The final preparations were completed on their existing home and I listed it for sale.  52 hours later they were officially 'under contract' and they started to bubble over with exuberance, knowing that this 'dream' was inching closer to becoming reality!

The next few weeks were a flutter of activity as Ken and Tammy enjoyed picking out the finish details for their dream home and packed up their current home in preparation for the move.  Settlement day was filled with tears of joy and ear-to-ear smiles as they said goodbye to the home where they had so many memories of raising their family and then said hello to the new 'forever dream home' where new memories will be made as a reminder that dreams do come true!! They definitely chose the right agent to help them with their real estate needs, congrats to you and to them!

This story made me grin. Nothing beats being able to help excited sellers and buyers be able to live their dreams. Congratulations to all!

Good morning Maria - congratulations to you and your clients.  You carried them through the ups and downs.

Great job, Maria Sapio and it is clear that Ken & Tammy chose wisely in the real estate professional to represent them. Many more heading your way this year!

Congratulations.  Such a happy event for everyone.

Hi Maria Sapio , congratulations to you and Ken & Tammy.  They selected the right REALTOR® to assist them with the sale and the purchase of their new home. Wishing you many more!

Congratulations, Maria, on another successful transaction.

Maria, it looks like you did another great job (and of course another cute photo as well).   :):) 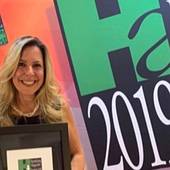