As I sat briefly this morning and listened to our President and the President of France speak about the Normandy invasion 75 years ago today, it occurred to me that I thankfully haven't the slightest idea what the assembled 150 or so American veterans went through on that fateful day, so long ago. Because of the unspeakable horrors those men endured, we as a people enjoy the freedoms that we now seem to take for granted.

I do know that "Back in the day", people were generally nice to their neighbors. Everyone had guns, but for the most part did not use them against one another. Kids were allowed to go out and play all day long, away from parent's watchful eyes, and they were safe as can be. Younger generations looked after the older generations. Neighbors looked out for their neighbors.

Remember the days after 9/11? People throughout the country raised American flags. Whole streets were lined with flags and the people came together against a common cause, terrorism. Petty political fights were muted, because we all came together as one.

What has happened to us? Why does it take a national catastrophe to bring us back together as one nation, even if just temporarily?

I encourage us all to spend a moment and reflect on what has been called the greatest generation. Those brave men and women who fought and died thousands of miles from the homes they loved. Also, our current military as well. These brave soldiers work every day to ensure that we continue to enjoy our freedoms, guaranteed in the constitution. Lets also try to remember not to let any of these brave souls down by not being the best nation and people that we know we can be. Let's collectively remember D-Day, not for those we lost, but for what those brave men and women won for us all. Freedom.

You must sign in or register to leave a comment
Login Register
Show All Comments
Rainmaker
2,255,490
Grant Schneider
Performance Development Strategies - Armonk, NY
Your Coach Helping You Create Successful Outcomes

Good morning Peter den Boer -  what has happened to us.  I agree with your message.  We have freedom in the greatest nation on earth.

Perhaps it was because this 75th anniversary was an important milestone for these veterans that I paid more attention to the history surrounding the D Day event.  Listening to some of those who endured it, sounded like something out of a horror movie.  One guy lied about his age and enlisted and served at age 15.

Peter- we have put so much focus on pointing fingers in our nation that we are overlooking those who have served our country so that we can have the freedoms that we do. We need share their stories with our children.

Jun 08, 2019 05:36 PM
LIKE
1
#3
You must sign in or register to leave a comment
Login Register
Show All Comments
Older Post Newer Post
Back to Top
Generate More Leads from this Listing
With a Trulia Pro Account
Learn More
Find what you need?
See More Blog PostsAbout Real Estate! SEE MORE NOW!
Rainmaker
753,405 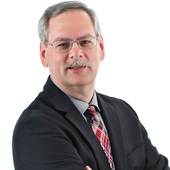