New home construction has exploded in the Argyle School District in recent years. Large, master planned neighborhoods like Canyon Falls and Harvest are bringing new students to the district in such large numbers, the district is expected to double in size in a 5 year period. But AISD has a plan for that.

In 2017 there were just under 2700 AISD Eagles. Projections for 2023? An almost doubling of students to 5060. While it seems astounding that a district could double in size in just five years, the growth is not unlike what other districts in the DFW Metroplex have smoothly transitioned through.

What makes the growth in the Argyle ISD different is that it will still remain so small. The entire district will still be home to less students than can be found populating one 6A High School in, say, Allen, Texas.  And it's all financed by the passage of a $66 million bond package in 2017 that allows for two new elementary schools, a new high school, renovations and technology upgrades.

Argyle ISD, whose one and only high school was awarded the silver ranking by U.S. News and World Report in Best High Schools nationwide, is just coming to the attention of folks across DFW. Argyle High School teams have earned multiple state championships in recent years, including multiple sports, cheerleading, band, film, and academics in recent years.

The crowning achievement though may be the awarding of the Texas Lone Star Cup — which is based on a school’s combined academic and athletic achievements compared to other Texas schools. An enviable 15:1 student-teacher ratio is a standout among DFW Metroplex schools as well. 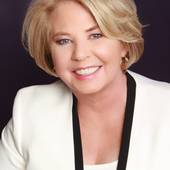