It’s every landlord’s dream to get a tenant that consistently pays their rent on time. Unfortunately, this isn’t the case for many landlords.

How can you ensure that your tenants pay their rent on time?

One effective strategy is to require tenants to pay a late fee whenever they are late with their payments.

But before you decide to include this clause in your lease agreement, it’s important that you consider certain points, such as: when the late fee will come into effect and the exact late fee amount.

In this article, we’ll share with you some pro tips on the steps you should take if you decide to charge a late fee.

Reasons to Charge a Late Fee

There are 3 very convincing reasons as to why every landlord should charge a late fee:

First and foremost, you should charge a late fee because you also have bills to pay.

As a landlord, you have expenses like mortgage payments, property taxes, property maintenance, as well as insurance and utilities to manage.

If a tenant fails to pay on time, you may have difficulty meeting these obligations.

If your tenant knows they can get away with it without any consequences, chances are they’ll do it again.

Thirdly, it may become difficult for them to pay rent on time the following month.

They may begin prioritizing other things over rent, as there’s no incentive for them to pay on time.

Before you charge a late fee though, make sure you check your state’s landlord-tenant laws. There are some states that prohibit landlords from charging it, while others put a ceiling on the amount you can charge. When to Charge a Late Fee

Now that you see why you should charge tenants a penalty fee for late rent, you must decide when a rent payment becomes late.

Most landlords require that tenants pay their rent on the first. Then, they offer a grace period up to the fifth, after which the late fee kicks in.

You should include it as part of your lease agreement to make it legally enforceable. In this agreement, you could include a statement that simply states, “Any rent received later than ‘X’ date will be considered late.”

Again, it’s always important to check whether your state laws make a provision for a grace period, as some don’t. If your state permits it, then decide how much time you’ll give your tenants before you consider rent to be late.

You may decide to give your tenants a period of, say, five days. In such a case, your tenant will have five days to pay rent. It’ll then become late if they pay on a date later than that.

If your state doesn’t provide a grace period, then any rent received after it’s due (usually on the first) will be considered late.

The Amount of Late Fee

How much should you charge for a late fee?

Generally speaking, the amount to charge for a late fee depends on the rental price. If you charge $1,000 per month as rent, it makes sense to charge a late fee of about $50.

That same $50 fee may not seem like much for someone paying $5,000 a month. In such a case, an amount in the range of $250 would suffice to make it understood that paying late isn’t acceptable.

Keep in mind that in some states, like Maine, you can charge no more than 4% of the rent as a late fee. For example, if the rent is $1,000 a month, it means that you can’t charge more than $40 as late fee.

You can use that percentage as a point of reference if your state does not uphold such legislation and increase it if you see that it isn’t an effective amount to get renters to pay on time. If your state does have a set percentage, you must obviously follow its legal guidelines.

When to Collect Late Fee

Make sure that you mention that the late fee will be collected at the same time the late rent is paid.

It’s important that you include as much detail in your rental agreement so that your expectations are clearly stated and understood by the tenant. Will you accept partial rent payments? Will you permit your tenants to pay their rent in installments?

If you do, then make sure you are well-versed with what your local landlord-tenant laws require.

In some states, allowing tenants to make partial payments may alter the terms of the rental agreement. The partial payment, in such states, could be considered the new monthly rent for that unit.

Moreover, some states bar landlords from collecting additional costs from that tenant for that month.

Accepting partial payments has its share of pros and cons:

In some states, it’s also bad because the moment you receive a partial payment, it means that you can no longer evict a tenant. You’ll have to start all over again and wait for your tenant to come up with what is owed without the worry of eviction motivating the full payment.

How to Deal with Non-Payment

If a tenant consistently fails to pay their monthly rent, your course of action is most likely going to be to begin the eviction process. Of course, different states will have different laws in regard to tenant eviction caused by non-payment.

Some states allow landlords to begin the eviction process immediately once a tenant has missed a single payment. In others, you must first notify the tenant with several warnings. The most common type of notice is the Pay or Quit Notice.

But if the tenant pays before the expiry of the deadline, then you must stop the proceedings immediately. So, in the end, what should you do? Do you think you should charge tenants a late fee for late rent?

Whether you decide to do so or not, charging a late fee will definitely motivate your tenants to pay their rent on time, to avoid paying any fees. And now you are equipped with the knowledge to apply this tip to your rental property whenever/if ever you choose.

Aaron DiCaprio is a residential investor, attorney and CEO of Rent Rescue.  Rent Rescue provides rent default insurance and reimburses investors their lost rent and legal expenses when a tenant defaults.  Aaron can be reached at aaron@rentrescue.com.

Good Afternoon Aaron. This is important and specific too. You have done a great job with it and it could be a handout.

Feel free to share it to help investors.  And let me know if there's anything else I can provide. 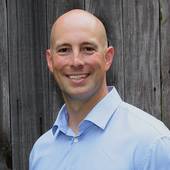 ActiveRain Community over 1 year ago
bookmark_borderbookmark
The Dog Ate My Rent Money: Is There Ever an Accept...
View more Recent Posts   arrow_forwards