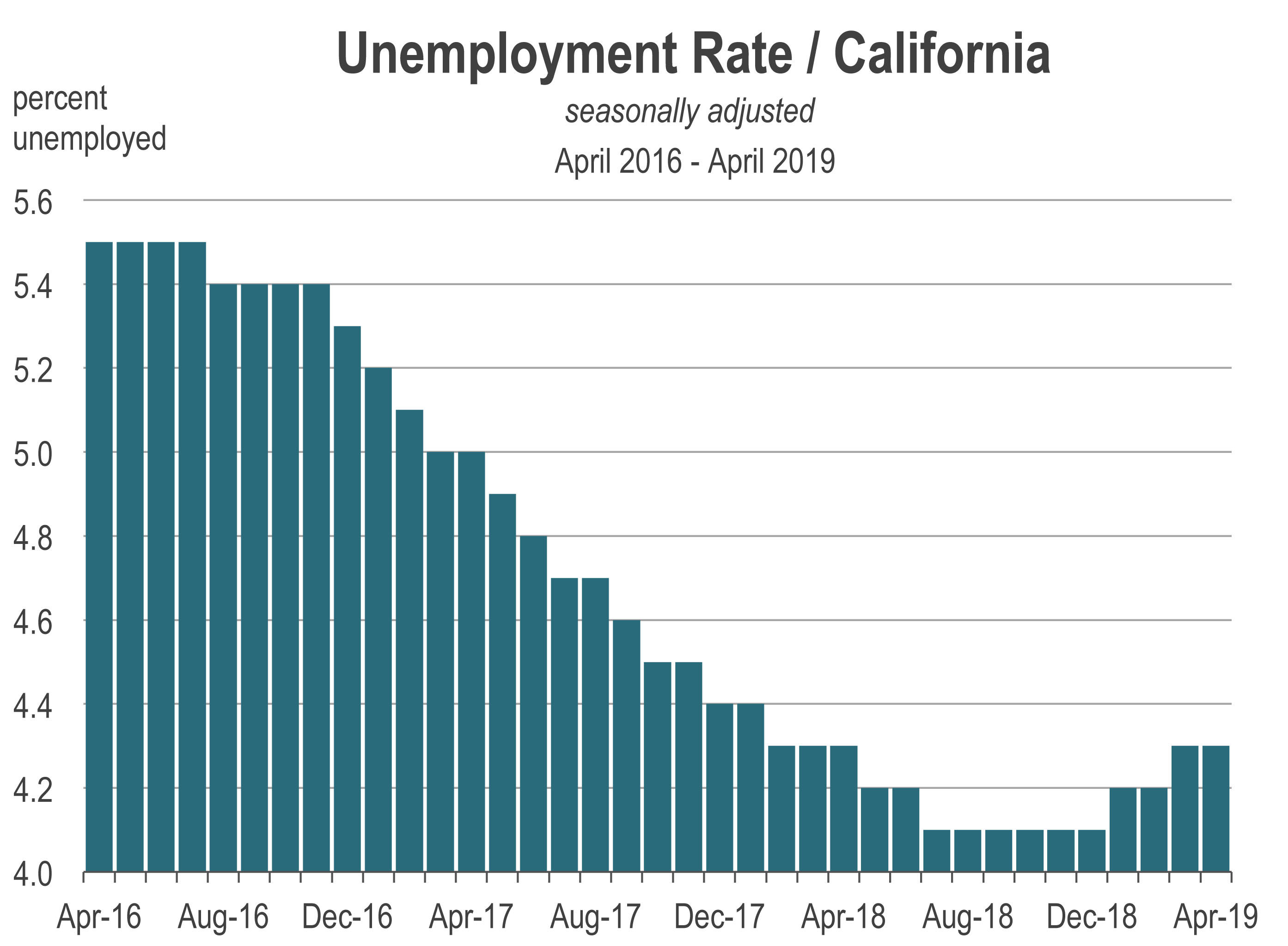 So is the California labor market indicating that a recession is imminent? Will mass layoffs begin sometime in 2019 or 2020? Not necessarily. The unemployment rate is now increasing because there are abundant opportunities to find a job, wages are rising, and people who had given up on finding a job are now returning to the workforce.

Even though the unemployment rate is rising, the job market is still excessively tight, and hiring managers are having problems finding qualified workers. Throughout California there are only 1.3 unemployed residents for every job opening, and in some regions there are more openings than people available to fill them.

The most extreme example is the Bay Area where there are 210,000 job openings but only 104,000 unemployed residents. Even if every applicant in the Bay Area was perfectly qualified for an open position, half of all jobs would still go unfilled.

In such a scenario, companies typically recruit from other cities and increase wages to poach employees from other firms. Both of these strategies are now being deployed, in varying degrees of intensity, across the major regions of California.

Statewide, the median wage increased by 3.5 percent in 2018, and increased much more quickly in some job categories.

In particular, wages are rising at above-average rates for jobs that do not require a college degree. This includes manufacturing, transportation, maintenance, and some healthcare jobs like home health aids and nursing assistants. After the 2007-2009 recession, workers without college training exited the job market in large numbers, but higher wages and fiercely competitive conditions appear to be bringing them back. 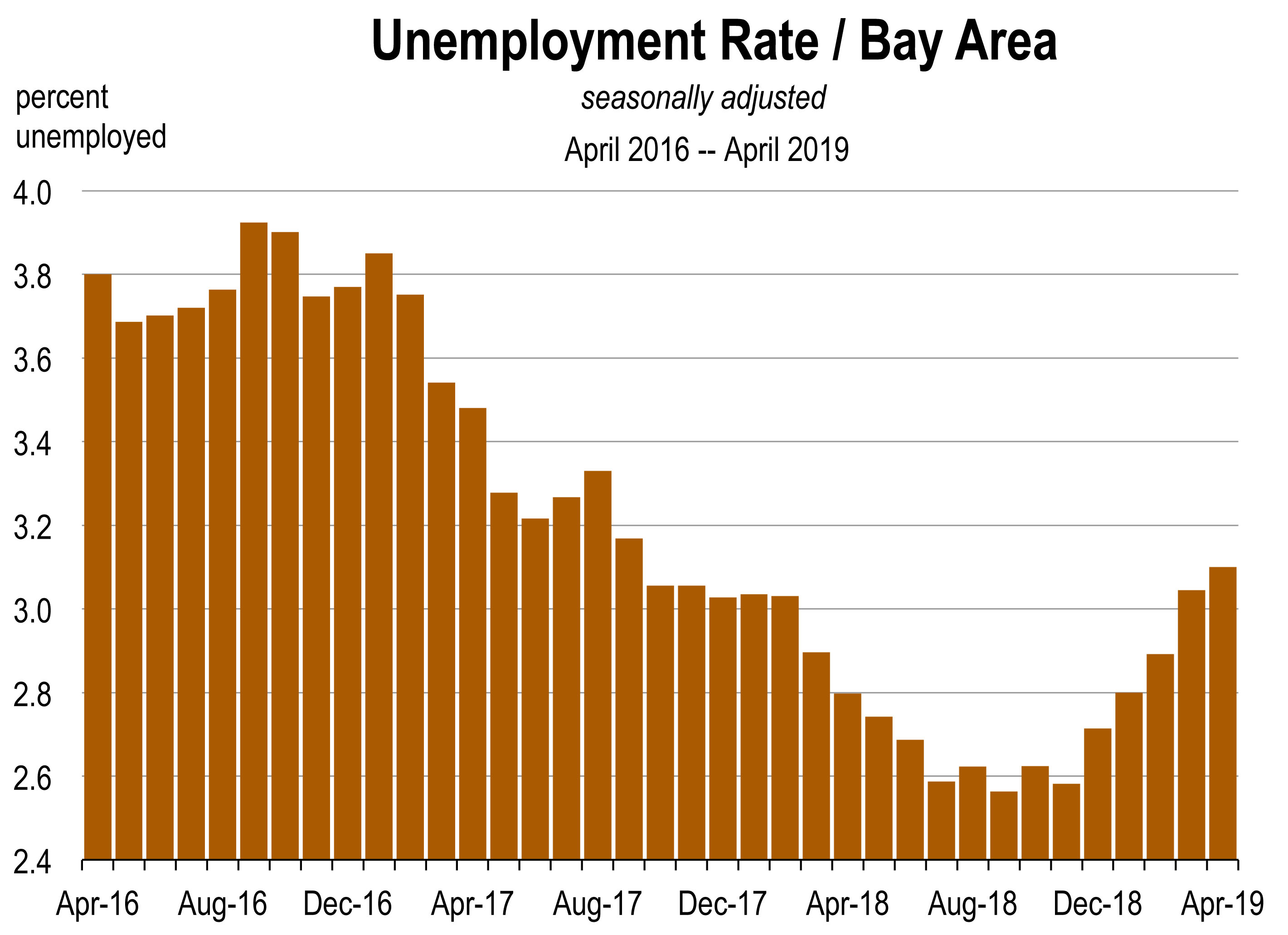 The California labor force (the number of people either working or looking for work) is expanding at the fastest rate since 2007. So far in 2019, the state is on pace to get 272,000 new job seekers, and because the job market may not be able to absorb them all, the unemployment rate will probably continue to move higher.

This is particularly true in the Bay Area, where the number of job seekers is expanding twice as fast as the rest of the state. And as a result, the unemployment rate is rising more quickly as well.

None of this rules out the possibility of a recession. When the unemployment rate gets too low and hiring becomes a challenge, it is difficult for companies to grow and for the economy to expand, meaning that a routine shock, like a stock market decline or government policy error, can more easily knock the economy off course. But in California, the labor market is signaling that times are still good, at least for now.