In North Miami Beach you will find a verity of condos, townhouses, villas and single family homes.

On the Intracoastal side there are many other smaller more affordable buildings to choose from.

For sure, from 1600 plus properties you can find one! Sunny Isles Beach Real Estate offers condos, houses, townhouses.

Yes, inventory to find that one special place to call it home!

Not many people know about luxury homes in North Miami Beach with the amazing water view. Example - Eastern Shores.

Just take a look at the Eastern Shores. You find condos under 100K and single family homes priced a few M.

And townhouses on the canal with the dock for boats up to 26 ft. Buying, Selling, Renting property in Sunny Isles Beach? We can help you.

To view currernt inventory for sale and rent in Southeast Florida visit our website www.SIBRealty.org or call SIB Realty LLC 305-931-6931 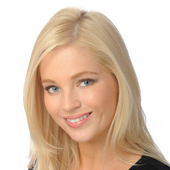