A new trend in home building and home renovations has come into full swing in the first two decades of the 21st century, the demand in the market for multigenerational homes.

Home builders across the fruited plains are adding new floorplans that offer main level master suites in markets like the mid-Atlantic and northeast where master suites have traditionally been on the upper level.

10,000 baby boomers are turning 65 each day, and they want new homes in which they can age in place, where they don't have to climb stairs to the master suite.

Up until the 1940's it was common in the United States for children, parents, and grandparents to all live under one roof.  It was so for my mother until she married my father, and they bought their own home with Dad's VA home loan benefits under The GI Bill.  The economic prosperity of the 1950's and 1960's encouraged home ownership for each generation, and each generation establishing a separate home of their own.  At the age of 18, young men went to college, joined the armed forces, or got a job and moved out on their own in an apartment, or communal flop house.

Things have radically changed since those days.  The costs of living are much higher, and it's virtually impossible to get by on a starting wage when you're fresh out of high school or college.  It's common for high school and college grads to bunk in Mom and Dad's basement until the kids are making enough money to get by on their own.  Getting by on their own usually means finding a rental house where the current occupants need to fill a vacancy.

On the other hand, multigenerational living is normal among immigrants from Latin, Asian, and African countries.  It is normal for the parents to go out and earn a living, while the grandparents are at home, caring for the children.

This decade is introducing home designs with three or more generations in mind.  All of the major production builders from sea to shining sea are churning out multigenerational floorplans as fast as the engineers can figure out how to build them at affordable prices.  Many of these home designs offer the option of a second master suite for the grandparents.  Some builders are even offering apartments for the grandparents with their own garage, separage foyer, sitting room, kitchen, breakfast room, bedroom, master bath, a private patio, and a door from the foyer joining the space with the family home.

Walk-out or walk-up basements with separate entrances for the kids just out of college, or just out of a tour of duty in the military to come and go, while living in Mom and Dad's basement lets them hold onto a shred of their dignity unil they can afford to live on their own.

For older children who are in the throes of divorce, with their own child, it often makes good sense to move in with Mom and Dad, Grandma, and Grandpa, while getting the pieces of a normal life put back together.  It's good for the child to have the loving, steady hands of grandparents and great-grandparents during times of strife.

The baby boom generation brought tremendous changes to our culture in the 60's and 70's.  One might say that those changes were enough to change the destiny of American culture and the American way of life.  As baby boomers transition into retirement, they are not going there neekly nor quietly.  No, the boomers are dead set on getting the most out of life, in their homes, with their families, for as long as they can possibly do so.  They are buying homes that support their way of life for their families in their golden years.  The home builders are responding with plenty of options.

Very interesting shift.   The nuclear family idea may have brought about a feeling of loneliness and alienation...that multi-generational idea could actually be the "human way". 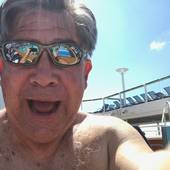