Last year, I began studying for my real estate exam after deciding to pursue a career in real estate. While it seemed like a daunting task, I realized that some basic prep materials were of great help to me. Here's why I chose Real Estate Express, and why I suggest you do the same.

First, let me start by staying that I learn best by doing. That said, I needed a program that was fully immersive, but also flexible. I chose Real Estate Express's online course because it offered both of these things, and was also affordable by most standards.

For a bargain price of $120, you can get a basic package that includes all pre-license hours along with ebooks. Iopted to buy the practice exam materials, as I learn best by practicing questions. I've done plenty of standardized testing, and I must say that Real Estate Express's practice tests are better than any other material I've prepared with.

Not only were the questions thorough, but they were surprisingly similar to the questions that I saw on the test. Perhaps the most difficult section is that math portion, as the test writers try to trick you. However, I was prepared for the actual test because the practice questions worded the questions almost exactly the same.

One type of question is about calculating the square footage of a 2 story home. They add a bunch of fluff into the question to detract you from the fact that it's a 2 story home. The calculation seems easy, but most people forget to double their answer to account for the 2 story home. Fortunately, if you're prepared (and I was by doing these questions), you'll know to look for those answers.

Although I loved the program, there were a few downsides. While this may seem trivial, my major complaint was that there was an orange banner that said "save 20% today." When clicked, the banner would take you to a real estate express promo code page. It showed up the entire time I was doing my questions, even after I had already purchased the program. Just a little quirk that I didn't like.

The only other downside is that the practice questions were only for the federal exam, and not the state portion. I can see why they don't include them, as it's a lot of material to split between 50 states. However, you'd think that if you're spending $100 on a practice exam, it'd include the state questions.

I have previously done an in-class course, and personally hated it. The material was antequated and taught by an instructor who has been selling houses since the 70's. I like these online courses, however, becuase they're geared toward a younger audience who appreciates technology. Also, they are flexible and can be taken on your own time.

Overall, I'd highly recommend these online real estate classes to anyone interested in becoming a real estate agent. 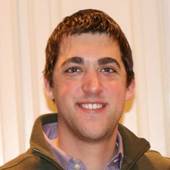