As I go about representing my buyers as an ABR, I find the same topics surfacing each time my clients go through a Whole House Inspection. The issue of the grounded and not grounded outlets. What does it mean, what are they used for, and what happens if they aren't grounded. After weeks of begging for simple answers to this question, I give you my trusted Licensed Whole House Inspectors response...

Amy,
In response to your questions pertaining to receptacles commonly found in residential homes I will start with the basics of the old and the new. First, though I would like to identify that I am a licensed home inspector, however for any electrical work and advice on electrical systems I recommend my customers consult with a licensed electrician as needed.

Adapters are available that allow for a device using a three prong/ground to be utilized in a two slot receptacle. The adapters are inserted into a two-prong receptacle and then the adapter spade is secured to the receptacle with the center screw of the cover plate. For these adapters to be functional, the grounding of the receptacle body and box is required.

Homes prior to the 1960's that have not been updated will most commonly have two slot receptacles. Most homes that were built prior to the 1960’s have gone through some form or another of modernizing/upgrading the electrical system within the home.

In the event that a high-end device such as a computer plugged into an ungrounded receptacle, the performance of the device may never be affected or problems detected. However the device can be damaged without warning at any time from static electricity that has no way of being discharged as well as another source of voltage coming in contact (lightning could be one). This can originate from various sources internal as well as external of the device. The idea of the ground is to trip the breaker preventing damage to the device or electrical shock to the user. If the device is not properly grounded, and any of a number of events occurs, the device may be damaged beyond economical repair. I have found in a few warranties stating that a device used with a non-grounded receptacle is not covered under the manufacturers warranty; this is for the same reasons as previously identified.

A surge protector used at a non-grounded receptacle is a glorified extension cord, and provides no additional protection, only a false sense of protection. Using an adapter with the metal spade secured under the faceplate screw is not a ground unless you check it for grounding and grounding is confirmed. Most sources do not suggest these adapters to be “permanently” installed as a solution to grounding. Again, these devices if not properly grounded can provide the user with a false since of grounding.

In older homes open grounds are quite commonly found, this is due to the original wiring systems not being upgraded to a three wire system or only selective areas being upgraded. The methods of grounding these receptacles vary greatly dependent on the period when they were installed or upgraded.

A grounded Outlet.When three prong receptacles with open grounds are identified and a two-wire system is present, the NEC® currently allows the following methods to be used to resolve the problem:

Polarized plugs have two different sized slots, the neutral is the larger slot, this allows for a device to be plugged in, in only one manner insuring correct polarity. Reversed polarity is when the common and hot wire is reversed on the receptacle; when this occurs the large blade receptacle is now hot rather than neutral (this applies to both grounded and non grounded systems). As an example a lamp is plugged in with the polarity reversed, the exterior metal light bulb socket is “hot” at all times. In this instance when changing the bulb or touching the exterior of the socket the individual can be shocked. Reverse polarity is a safety issue and can cause problems with high-end appliances.

Reversed polarity is usually simple to repair. Quite often, if multiple receptacles check for reverse polarity it is not uncommon for only one wiring termination to be incorrect. However this can not be determined without further investigation.

Ground Fault Circuit Interrupters (GFCI’s) are intended to protect the individuals using an electrical device particularly in a wet area. GFCI’s are available as circuit breakers located within a service panel and as a receptacle. Most home owners are familiar with these as the receptacle with the little buttons (test and reset buttons) that seem to always trip when using the hair dryer.

GFCI Outlet.The GFCI provides protection to the user and is tripped by sensing current leak/imbalance in turn shutting of the power to the electrical device. The GFCI does not trip by detection of amperage like a circuit breaker, and in tern, a standard breaker does not trip under the same circumstances that a GFCI will trip.

GFCI’s are a safety item and provides protection from electrical shock and potential electrocution. The GFCI’s are intended to be tested by the homeowner once a month to insure function. GFCI’s can be installed on both a two wire system without a ground and a three wire system.

GFCI’s are required by the NEC© in various areas, the following is a general list (not complete) of when and where: 1971 exterior receptacles and swimming pool areas, 1975 Bathrooms, 1978 garages, 1981 whirlpools and tubs, 1987 kitchens within 6’ of the sink and basements, 1990 unfinished basements and crawl spaces, 1993 wet bars sinks, 1996 all kitchen counter receptacles, dedicated bathroom circuits, all outdoor receptacles, electric car chargers.

In the event that a GFCI does not function properly, the GFCI should be repaired for safety. In older homes where GFCI’s are not present, I recommend that GFCI’s be installed for safety, this would normally be considered an improvement to the property.

A three-bulb receptacle tester is most commonly used during a home inspection to determine if receptacles are wired properly. This device is readily available at most hardware stores and can be used by a homeowner normally. The use of this device alone is not a replacement of the services of a qualified electrician.

Michael Patton is a Licensed Home Inspector and the owner operator of AA Home Inspection LLC located in Northern Kentucky. Michael is licensed in Kentucky and Indiana and qualified to perform inspections in Ohio (Ohio does not have a licensing requirement). Michael is the current President of the Kentucky Real Estate Inspectors Association Inc. (KREIA) and an active member of the American Society of Home Inspectors (ASHI). Michael started AA Home Inspection LLC in 2001, prior to this Michael had worked for firms providing a wide range of services including design, construction, and project management. Michael’s services include Residential Home Inspections, Light Commercial Inspections, WDI/Termite Inspections, and Radon Testing. The Greater Cincinnati area provides a wide variety of inspections; from the million dollar properties to the fixer upper homes, new construction to homes well over one hundred years old and clients from the well established to the first time homebuyers.

Show All Comments
Anonymous
Eugene J. Pinder
I wonder what would happen in a two wire system if you were to install gfci,s PLUS run a short jumper wire from the neutral to the ground lug on the receptacles?
Like
#1
Mike (Inspector Mike) Parks
Inspector Mike - Circleville, OH
Inspector Mike

"I wonder what would happen in a two wire system if you were to install gfci,s PLUS run a short
jumper wire from the neutral to the ground lug on the receptacles?"

Do not be confused the older 2-wire outlets DO have a ground and are safe. Look at the plug on your lamp, TV, clock radio, etc. However they will not accept the newer 3 prong plugs.

Also it would put objectionable currents onto the grounding/bonding system...simply not something you would wish to do on purpose.

Like
#3
Anonymous
ITM
WHAT WOULD HAPPEN IF A EXTERIOR MOTION LIGHT WAS INSTALLED WITHOUT THE GROUNDING WIRE SECURED?
Like
#4
Anonymous
john hammar
If I am understanding the correct procedure I will need to run a ground wire to the areas in the kitchen, bath,wash room where I have two prong and need three for GFI installation.  Also in any room which uses a three prong appliance such as tv, computer I would also need to run the additional ground wire.  Thanks for your reply.
Like
#5
Anonymous
Matthew
Hi, I have a 3 prong outlet that doesn't seem to be grounded properly. I had my computer hooked up to it and when I would touch the metal part of my headphones (or any metal part of my computer / device attached to my computer), I would recieve a continued shock. Is this a problem with my outlet, my home's wiring or something else?
Like
#7
Mike (Inspector Mike) Parks
Inspector Mike - Circleville, OH
Inspector Mike

Could be either. CALL an electrician.

I am repairing an older home and i need to replace a switch and plug combo that is non grounded and I can not find a single store that sell it. If someone could please help me I would be very thankful Frank.

I have a home built in 91 and just had my home inspected. The inspector states open grounds on 3 prong outlets. There has been no electrical work done to any of these outlets. Does this mean the ground wire just wasn't attached when insatlled, or can ther be 2 wire in parts of thehouse and 2 wire in other parts? Thanks for help.

Sounds like the EGC (equipment grounding conductor) is not attached or brocken.

We live in a bi-level home built in 1977.  All the outlets upstairs are 3-prong grounded.  All the rooms on the lower level with the exception of the laundry room are 3-prong non-grounded.  Could they be 2-wire grounded?

We live in a bi-level home built in 1977.  All the outlets upstairs are 3-prong grounded.  All the rooms on the lower level (which is mostly below ground level) with the exception of the laundry room are 3-prong non-grounded.  We have lived there for 19 years with TV and multi-computer hookups.  We have never experienced any problems with static electricity/shocks.  Being in Michigan all of my 70 years I have never experience any problems, whatsoever, to speak of.  I was raised on the next street over from where we are presently.  The home was built around 1940 with no grounding.  It is still there, and from the condition of it I doubt seriously if it was ever upgraded to gounding.  In matter of fact, this sub-division of six roads has been here since the 30's, and as far as I know there has been no home destroyed by fire.
I personally think that this matter of grounding has been an overkill.  What are the chances of a home being destroyed as a result of no grounding? 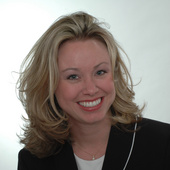