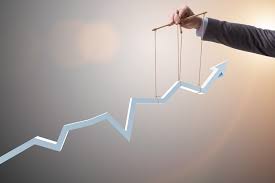 Of course some clients tell me: “Phil, you weren't around in the 80’s” I was, but I wasn’t cognizant of interest rates (hehe). Either way, are we ever going to get those 18% rates again? Is our economy ever gonna boom the way it did in the 80’s where we were competing against Japan to be one of these economic superpowers?

I don't think it's going to be anytime soon, not in the next decade.

So if you are on an adjustable rate you are gonna save a lot of money now, if you’re saving 1% on $200,000 that’s $2,000 a year, if that rate goes down, you're gonna save more money. And then eventually when it comes to rates, you've saved all this money. Even if the adjustable rate goes higher, you’re just kind of bouncing out your savings.

The point is: don't be afraid of adjustable rate mortgages, they’re not a bad thing. Really look into them and try to understand them. I'd be happy to sit down with you, don’t be afraid to ask, I’m here to help you!

Hi Phil... as with many things in life... nothing is totally black and white. There are any number of situations where an adjustable rate mortgage is just the ticket for a buyer.  No income/asset verification mortgages also got a bad rep... but in the right circumstances, when they work they work! Home buyers just need to do their homework with their lenders and really look deep at all the options and the pros and cons.