Ha!  Jeremy Blanton tagged me today with Jason Crouch's new Anti-MeMe!  Since it's been that kind of a day, I figured it was a good way to wind down before I think about going to bed.  (I say think about it, because I WILL think about it... but I probably won't do it.)

Question 1: Who is my LEAST favorite Musical Artist? Oooooohhh... this is tricky.  Probably Michael Jackson.

Question 2: Who is my LEAST favorite Artist?  Myself, hands down, without a doubt.  I am NOT an artist... even though I try.

Question 3: Who is My LEAST Favorite Blogger? You know, I don't really have names for you there.  I don't subscribe to bloggers I don't particularily like, so I'll have to get back to you on that.

Question 4: If I could AVOID meeting anyone (dead or alive), who would it be?  My 7th grade math teacher, who asked me if I wanted to work at McDonald's all my life and told me that I would never amount to anything.  The whole memory makes me so mad and upset, and it's not worth the time.

Question 5: What did I LEAST want to be when I grew up?  I can honestly say that the thing I least wanted to be when I grew up was in some easy career.  I like difficulty and challenge.  If I was doing the same thing day in and day out, I would lose my mind.

Question 6: What is the LEAST interesting piece of Trivia that I know?  My cat Briggy will only eat Temptations cat treats.

Question 7: If I could AVOID living in any point of history when would it be and why?  Hmmm... I would not want to live in Minnesota or the plains when there were grasshopper storms.

Question 8: What is the LEAST interesting job I've ever had?  Being a "floor monitor" for the All State Band Camp my freshman year in college.  Those kids behaved wayyyyyyyy too well.  Also, I lived off campus, but had to stay on for that week, and that was miserable.

Okay, I'm supposed to tag 8 lucky people for the anti-meme.  So here we go!

Joslyn - It was not my intent to start a new wave of memes, but it is funny.  Thanks for participating.  I actually think I like the anti-meme better, as you can learn a lot about a person from what they can't stand.

Boy... I want to fill out one of those... not.  And what's wrong with Michael Jackson... at least he isn't Michael Bolton.

I love this new twist on the memes... perhaps even more interesting.

Jason - I agree!  Writing down what I like was kind of boring and easy.  This required BRAIN POWER!

Lane - TRUE!  Actually, upon further thought, I would like to change that answer to Kenny G.  ICK.  *Shudders*

Georgina - I was watching a travel show today, and they were in Maui.  I want to move there.  Tell me why I shouldn't.  :)

You shouldn't move to Maui because:

Georgina - Okay, most of those aren't bad.  I don't want all my family to follow, necessarily, and I will miss my pets, too.  I won't miss winter, coats, boots, or leather really, and I don't have a humidifier, though I really should.  I pretty much work two jobs now, but I don't teach a TON of music lessons, like 2.5 hours a week, and I'm all for people sleeping in tents if they want to visit.  However, the bikini/working out part?  Terrifying.  I think you've convinced me.

hahaha - well maybe you should just visit then 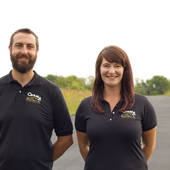