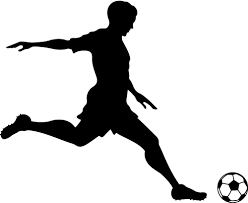 No doubt that the populatrity of soccer has been growing in the USA for quite some time now. The interest in soccer only grew with the recent victory by the American women of the recent FIFA World Cup. WalletHub recently studied and rated 288 best soccer US cities, ranking Charlotte #31 as a best city for soccer fans nationwide, and #23 based on ranking by city size.

Meanwhile,  Charlotte is furthering its reputation as a soccer city after an historic deal to host the International Champions Cup in the Queen City for the next five years at the Bank of America Stadium. This summer, Charlotte also hosted the 2019 House of Soccer, a premium, high-level entertainment event that brings together the community, athletes, clubs, artists and influencers to highlight soccer culture. It was the only city in the nation to host a House of Soccer this summer.

Lots of people living in the Charlotte region don't know that Charlotte does have its soccer team., known as the Charlotte Independence, who  play in the USL Championship, the second tier of the American soccer pyramid. They play their home games at the Sportsplex at Matthews in Matthews, North Carolina. For the 2019 Charlotte Independence Game Schedule, click here.  Tickets to games can be purchased on Ticketmaster.

If you've got a child interested in playing soccer, Soccer Shots Charlotte offers three different programs for kids ages 2 to 8, as well as summer camps. Over the age of 8, kids have the Charltte Soccer Academy. And then there's the Charlotte Independence Soccer Club, which was established in 2019 with the merger of the Carolina Rapids, Discoveries Soccer Blub, and Lake Norman Soccer Clubs, which now has over 12,000 members throughout the Charlotte region, including South Carolina. And soccer clubs abound in an around Charlotte... just google the term and you'll see many options pop up. As our Chamber likes to say: "Charlotte's Got A Lot!."

Are You A Soccer Fan Thinking About Moving To Charlotte? Don't Make That Move Without Carolinas Realty Partners' Free Relocation Package!

Charlotte-Mecklenburg is consistently ranked among the top 10 moving destinations and one of the fastest growing cities and regions in the United States. If you're thinking  about a move to the Charlotte area, REQUEST OUR FREE RELOCATION PACKAGE TODAY. It's full of useful and important information about life in the Charlotte area and its many neighborhoods and it's a great way to begin discovering the Charlotte metro area and everything it has to offer.

Get A Sneak Peek At What Living In Charlotte, NC Is All About REQUEST OUR FREE RELOCATION PACKAGE TODAY. We'll send it right out. You're under NO obligation, so you can't go wrong! Carolinas Realty Partners have been opening doors for families moving to the Charlotte area for 20+ years. If you're considering relocating to the Charlotte metro area, I'd love an opportunity to earn your business, to exceed your expectations, and to show you how:

Good morning, Nina Hollander I was never a soccer fan until I watched, for the first time, the women's playoff and championship games.... much more exciting than the men's....just sayin'

Barbara Todaro hi Barbara... my husband played semi-professional soccer in South Africa in the 1950's until he decided to get serious about life and become a banker. Of course, back then soccer players made no money. As for me, I am not a fan.

Good morning Nina. Not a soccer fan but working on it! Enjoy your day

Yes Soccer is popular Nina, and a game Larry and I enjoy watching whether it's a kids league or major one. yay Charlotte!

Im not a big soccer fan but if you drve by any field on a saturday morning, theres a mountain of kids there playing.

I think soccer is a great sport and a lot healthier than American football. Unfortunately I am also a big Seattle Seahawks fan and season-ticket holder but I’d rather see my grandkids play soccer Nina Hollander

Paul S. Henderson, REALTOR®, CRS hi Paul... I totally agree with you and I totally prefer professional football as a game to soccer. That being said, all four of our grands played soccer and at least one of them also coached. Then again, my husband played semi-professional soccer in South Africa in the 1950's and he has an encylclopedic knowledge of the sport and its history.  Those apples don't fall far from the tree.

Scott Godzyk same here, Scott, in Charlotte. My husband is a soccer fanatic so he covers that sport for both of us.

Wayne Martin good morning, Wayne... my husband has been trying to "convert" me to soccer for decades and decades. It hasn't worked so far!

I have never been much of a fan of soccer, even though it is supposedly the most popular sport in the world.  It seems to be catching on in the USA more and more.

Hi Nina - I am aware of the world-wide appeal of soccer but I am not so knowledgeable about it beyond that factoid.  It's good to know and it can make lulls in conversation seem less likely to happen.  So many things rattling around in my brain...  Will it make a difference to people in Charlotte?  One never really knows what will spark an interest.  Right?

One of the reasons soccer is not as popular in the US is because it is devoid of commercial break opportunities when it comes to television.  I am not a fan, and I do know that our grand nieces and nephews do play.  The other set are way to young at the moment.  Glad to hear that Charlotte has a great ranking as a soccer city! A

Brian England hi Brian... I'm with you... I'm not much into soccer (actually not at all) despite living with a soccer fanatic for decades!

Michael Jacobs hi Michael... we have a much larger Hispanic population in Charlotte these days and have always had a big European population... they love their soccer. Negotiations here continue to bring a tier one soccer team to Charlotte and to build a big soccer stadium. Aside from that... tons of soccer activity on weekends for school aged kids. Relocating parents to ask about the opportunities, especially for girls.

Ron and Alexandra Seigel hi Alexandra... soccer does nothing for me. I just live with hearing the games on my husband's tv all weekend long... there's probably not a channel that broadcasts soccer games that he isn't subscribed to!

Hi Nina- it's amazing how much soccer has grown in popularity. All of the kids in our life have played soccer and we've started watching some of the major world leagues as well. I still have very little knowledge about the rules.

Kathy Streib hi Kathy... our grands all played soccer and the youngest one is almost 21... so that tells you how long ago it began replacing football in many schools. I've lived with a soccer fanatic for decades... he has not converted me.

I will defer to your expertise on this subject. I never really got into soccer.  It was barely coming in when my kids were growing up.

Sheri Sperry - MCNE® hi Sheri... I have absolutely no expertise (or interest) in soccer despite living with a soccer fanatic for decades! But I do make it my business to know what's "in" in the Charlotte region and soccer is it!