I must admit something…I’m not too keen on tooting my own horn.

A few months ago, I sat in front of my laptop contemplating writing my real estate biography. For those who aren’t in the business, the bio is a snippet that describes the person by who they are, their works, and their accomplishments. After googling several top-notch bios, I gleefully opened my laptop and began to write my own. Two days later, I had a single sentence that simply read.

“Vanessa Calhoun, a single mother of one son, is originally from Newnan, GA.”

Yep…that’s it. I managed to contain twelve years of industry experience into one drab ass sentence. I quickly learned that this was going to be more difficult than I imagined. I spent another three days trying to figure out why talking about myself was so taxing. Seriously, after 46 years, I should know myself well enough to be able to come up with a second sentence, right???

I guess I’m a little old school and was raised by the antiquated adage that we’re supposed to be silent about our works so that they’re allowed to speak for us. In theory, that sounds great. In practice, it’s stifling as hell (yes…I cuss a little, but I still love Jesus). This mindset allows us to think of our own accomplishments as minor victories that should be celebrated only within the confines of our own minds. We’re taught that we shouldn’t brag lest others perceive us as being “boastful” or full of ourselves. It’s problematic because we are subconsciously telling ourselves that our accomplishments aren’t to be celebrated. We began to internalize the notion that, regardless of what we do, we’re mediocre at best. This is troublesome because it’s simply not how we’re designed.

Now, don’t get me wrong, I’m not saying that we should beat people over the head bragging on every little thing we do, but it’s certainly okay to let the world know about those beautiful characteristics of yourself that separate you from others. It’s truly okay to be your own cheerleader.

It’s okay to toot your own horn. 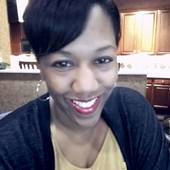