As President Bush officially proclaimed the month of June as National Home Ownership Month this year, many wondered about the future of the housing market.  As the national media continues to portray the housing market as a financial black hole by telling stories of dread and dismay, it is a wonder if any of the industry initiatives have actually helped to stimulate the market.  Generally the bad news is that the market continues to be slow; however the good news is there are signs of recovery.

National real estate sales numbers continue to slide, as reported by the National Association of Realtors (Realtor.org).  The recent report indicated that home sales were down again for the month of April 2008 (as compared to sales from the same time the previous year).  Additionally, the NAR reports that the national median home price for all types of housing fell to $202,300 (from $219,900 the same time a year ago).

However, the NAR reported positive news about localized markets, such as Greenville, SC and Springfield, MO, where strong home value increases are attributed to healthy local economies.  Additionally, markets in areas such as San Diego, CA and Fort Meyers, FL have experienced increased home sales after significant price reductions, which is an indication that these localized markets have found their equilibrium.

Locally, there are micro markets rebounding as well.  Sales statistics compiled and reported by the local MLS (Metropolitan Regional Information Systems, Inc.; MRIS.com) indicate that there are localized market increases even though Montgomery County, as a whole, continues to post decreased sales numbers.  And even though the county average sales price has lowered to $575,513 (as reported by the Greater Capital Area Association of Realtors; GCAAR.com), sales statistics within specific zip codes (such as 20814, 20815, 20816, 20854, 20852, 20833, 20878, 20882) indicate increases in sales prices as compared to the same time last year.  Some of these areas had slight sales price increases, while others had moderate gains; the average sale price for the zip code 20854 (Potomac, MD) increased over 30% in April 2008 as compared to the same time last year!

Along with these signs of recovery, a March 2008 announcement by the Office of Federal Housing Enterprise Oversight, Fannie Mae and Freddie Mac indicated that there will be an increase of $200B to increase the liquidity of the mortgage industry.  Analysts explain that the liquidity will reduce restrictions on high loan-to-vale mortgage programs.  Restrictions on these loans were imposed to minimize further losses to Fannie and Freddie after foreclosure related losses increased as the housing market declined.

As much of the secondary mortgage market has all but shriveled and died, the importance of Fannie Mae and Freddie Mac is now underscored.  With an additional $200B, Fannie and Freddie have committed to increase the availability of low down payment mortgage programs that have been the center of home ownership programs for years.

While many housing and economic indicators are down, there are many signals that the economy as well as the housing market is seeking its equilibrium.   While some economists feel these signs are anomalous, others remain optimistic that stronger economic growth in the second half of 2008 will assist in stabilizing the housing market.

This column is not intended to provide legal or financial advice. Dan Krell is a Realtor with Fairfax Realty, Inc. in Rockville, MD. You can access more information at www.DanKrell.com. Equal Housing Opportunity. This article was originally published in the Montgomery County Sentinel the week of June 2, 2008. Copyright (c) 2008 Dan Krell. 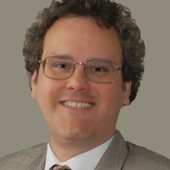